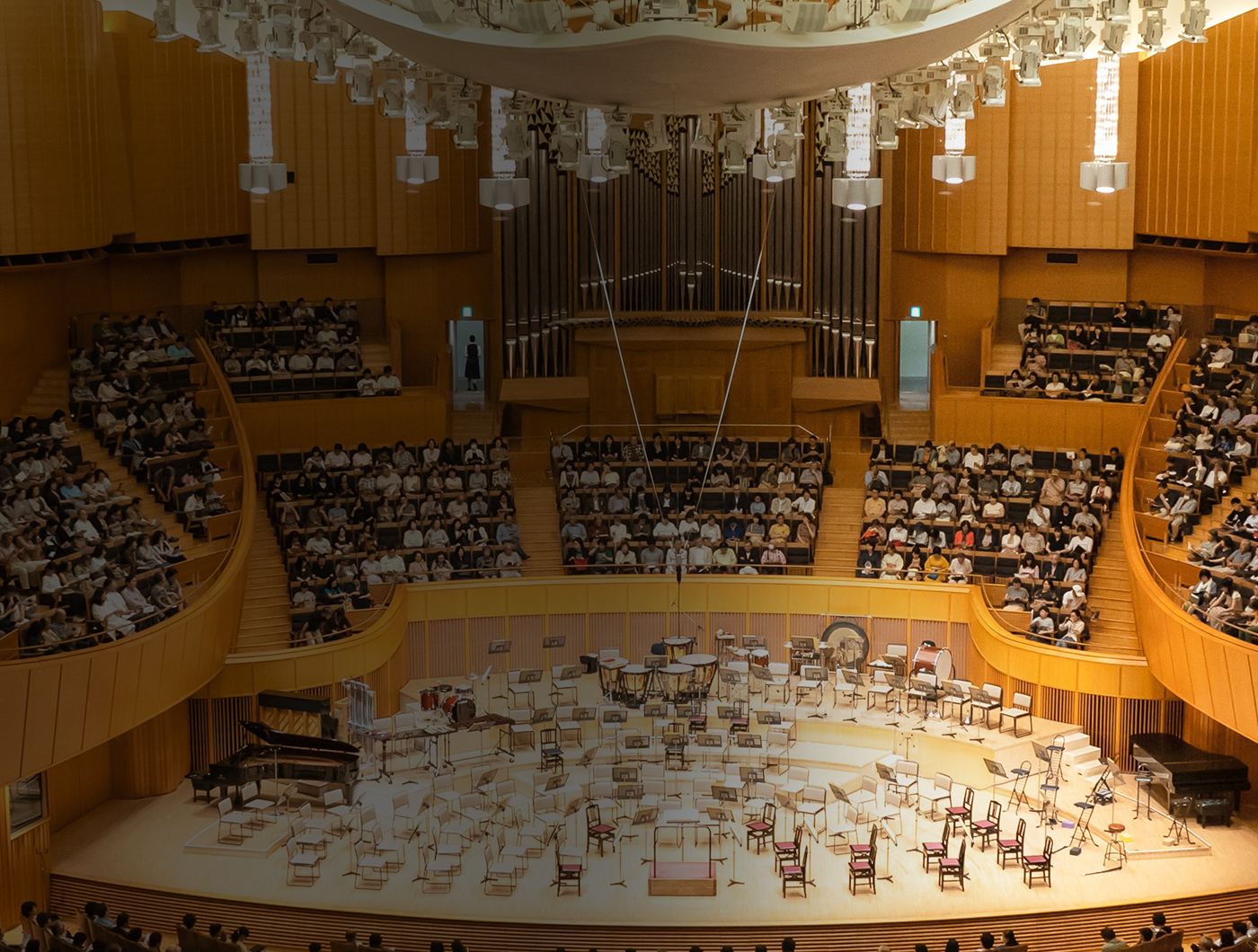 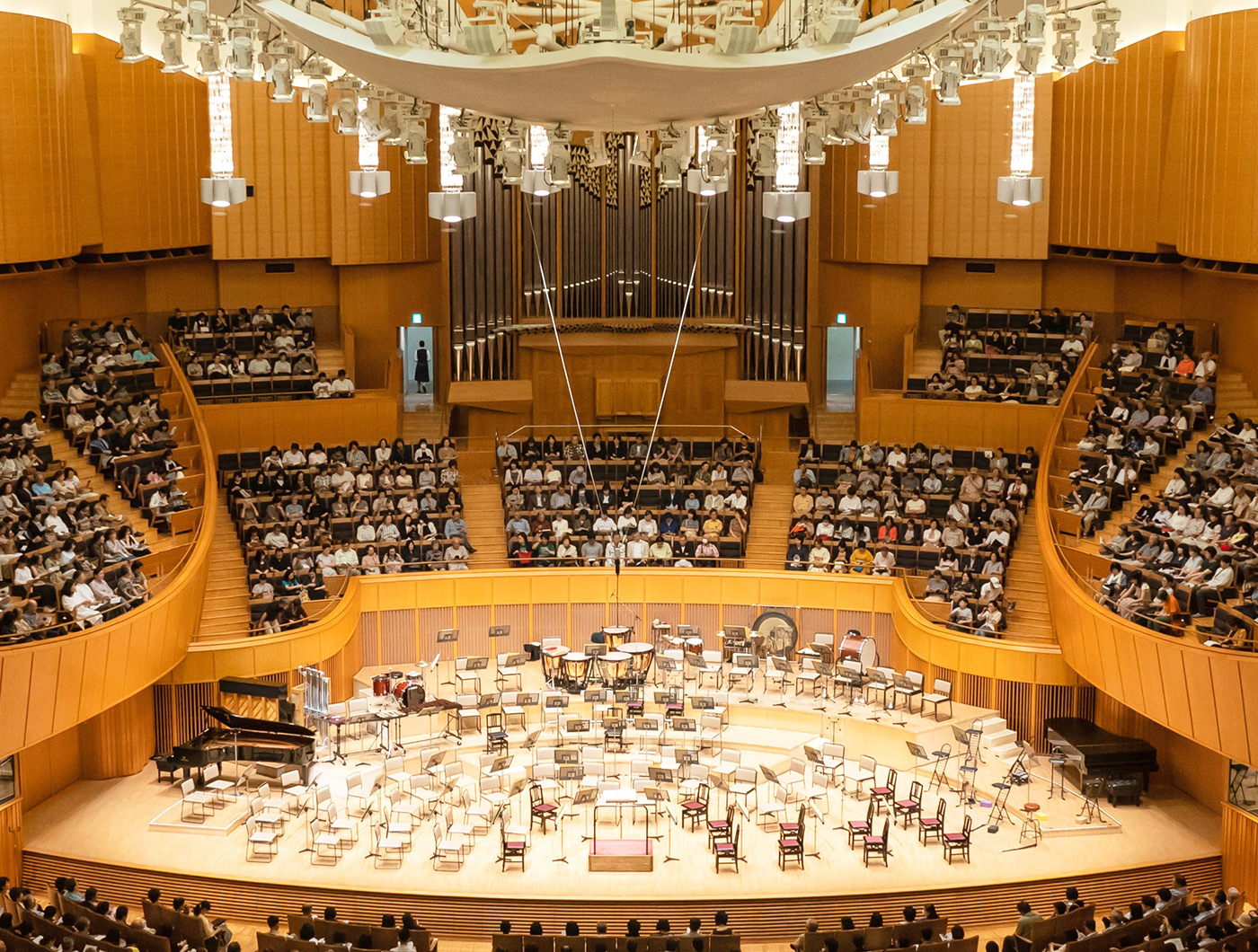 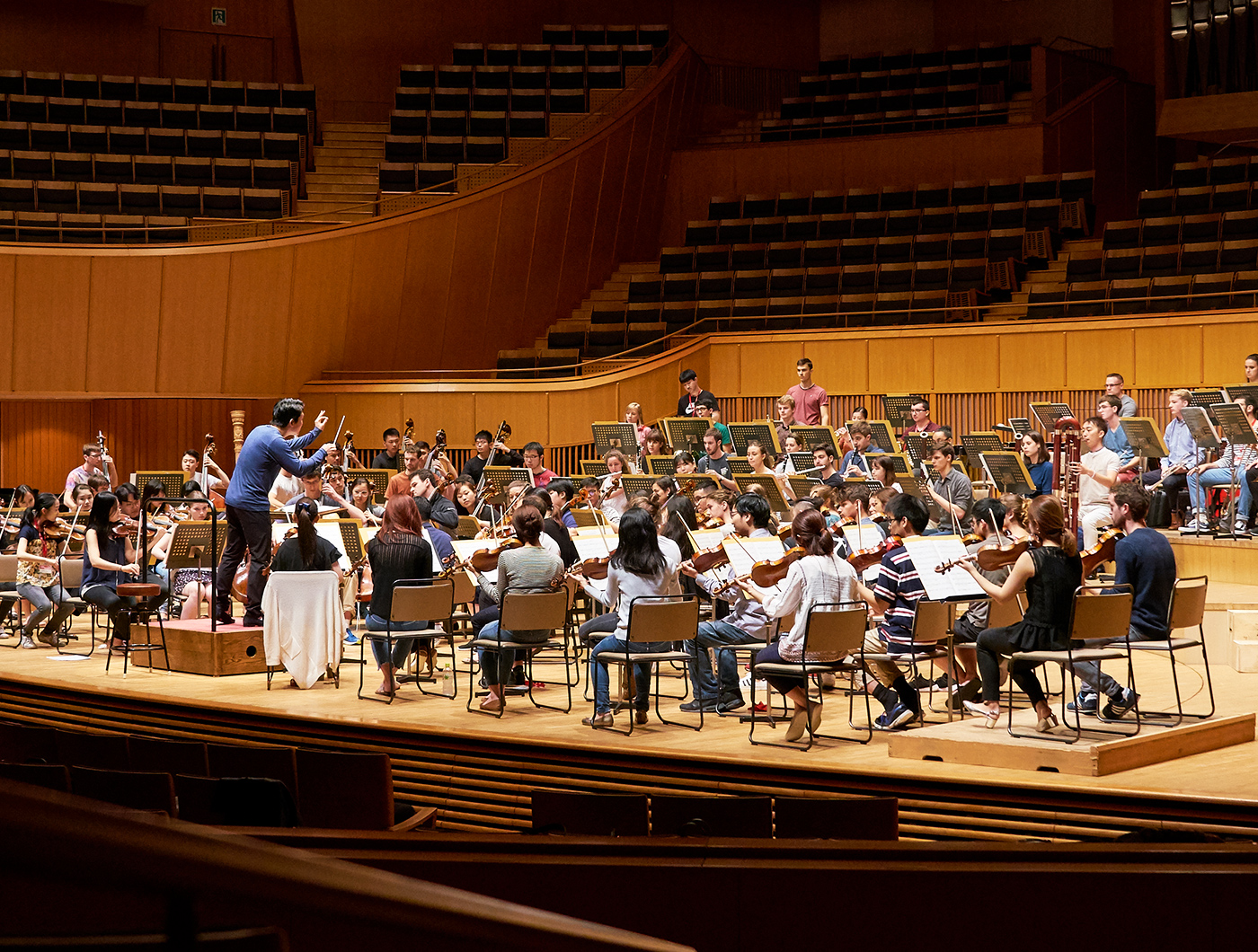 For the first time in the festival's history, PMF 2021 will feature the "PMF Orchestra JAPAN," with players including members of last year's Academy who currently reside in Japan, PMF alumni and principal players currently active in Japanese orchestras, and university music students, providing to young musicians the invaluable experience of playing alongside professionals. In addition to 2 orchestra programs, these musicians will perform chamber concerts in various locations in Sapporo and greater Hokkaido. 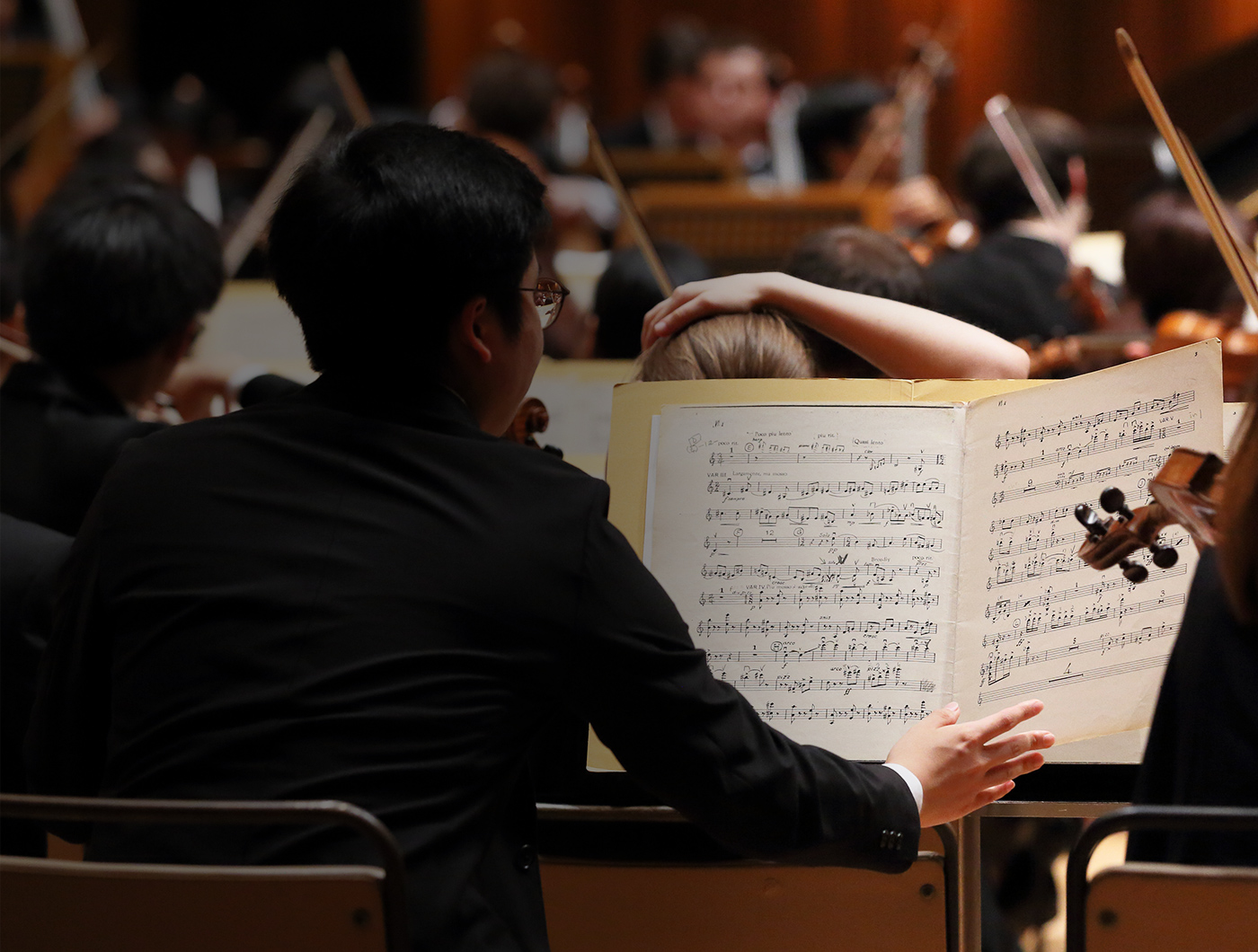 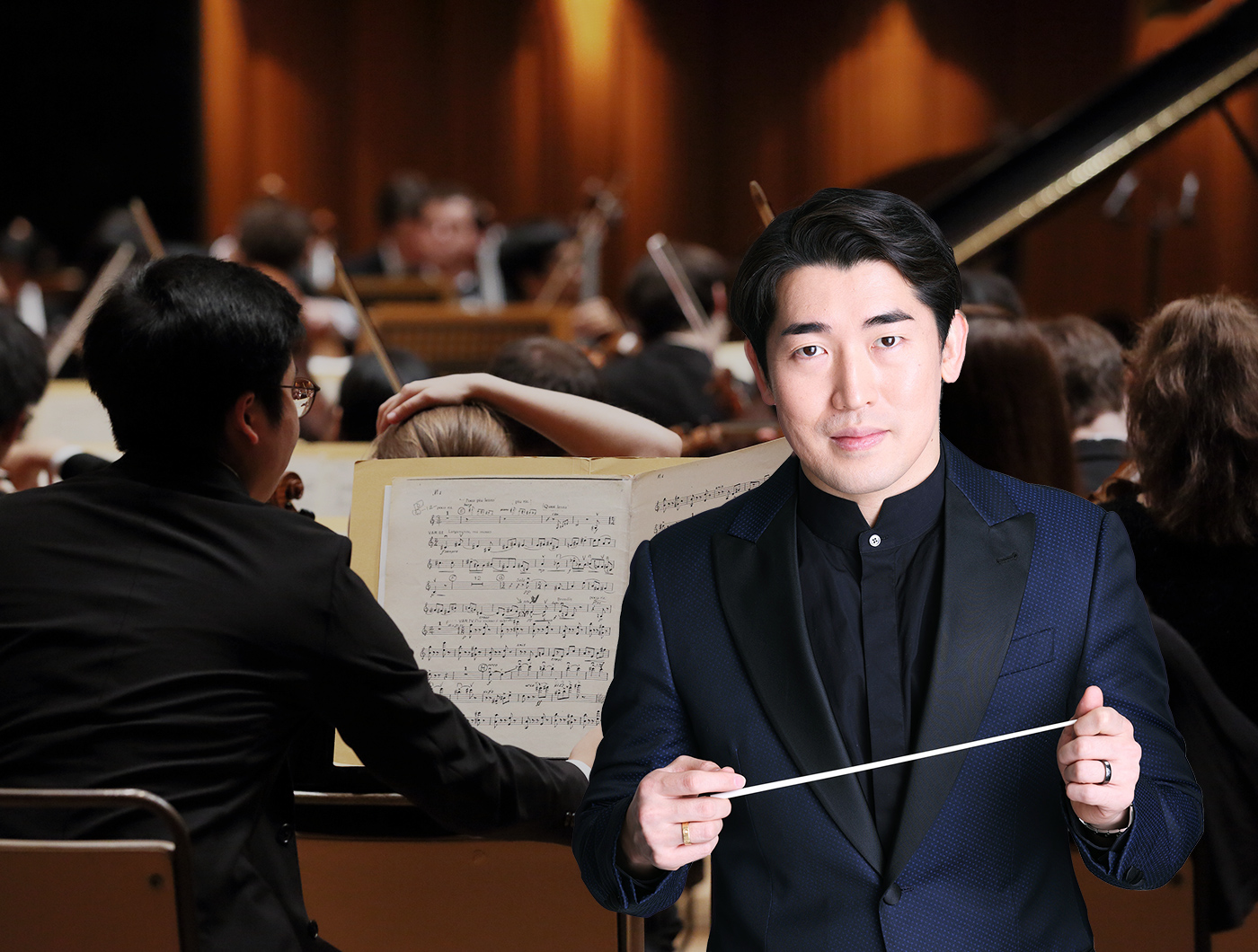 Program A will feature an all-American program led by Keitaro Harada, a PMF Conducting Academy alumnus whose growing international presence throughout North America, Asia, and Europe has brought wide acclaim. Pianist Yuko Mifune, raised and trained in the USA and known for her beautiful tone and dynamic virtuosity will perform Gershwin's jazz-infused Piano Concerto in F! Sensational young violinist Sunao Goko, who performed the Tchaikovsky Concerto with the PMF Orchestra and Marin Alsop in 2019, will serve as concertmaster.

This program also includes Gershwin's Porgy and Bess - A Symphonic Picture. In 2019, the opera Porgy and Bess was performed at the Metropolitan Opera in New York for the first time in 30 years, to great acclaim. This suite, arranged by Gershwin's close collaborator Robert Russell Bennett, captures the essence of this fascinating and multifaceted work in orchestral form. 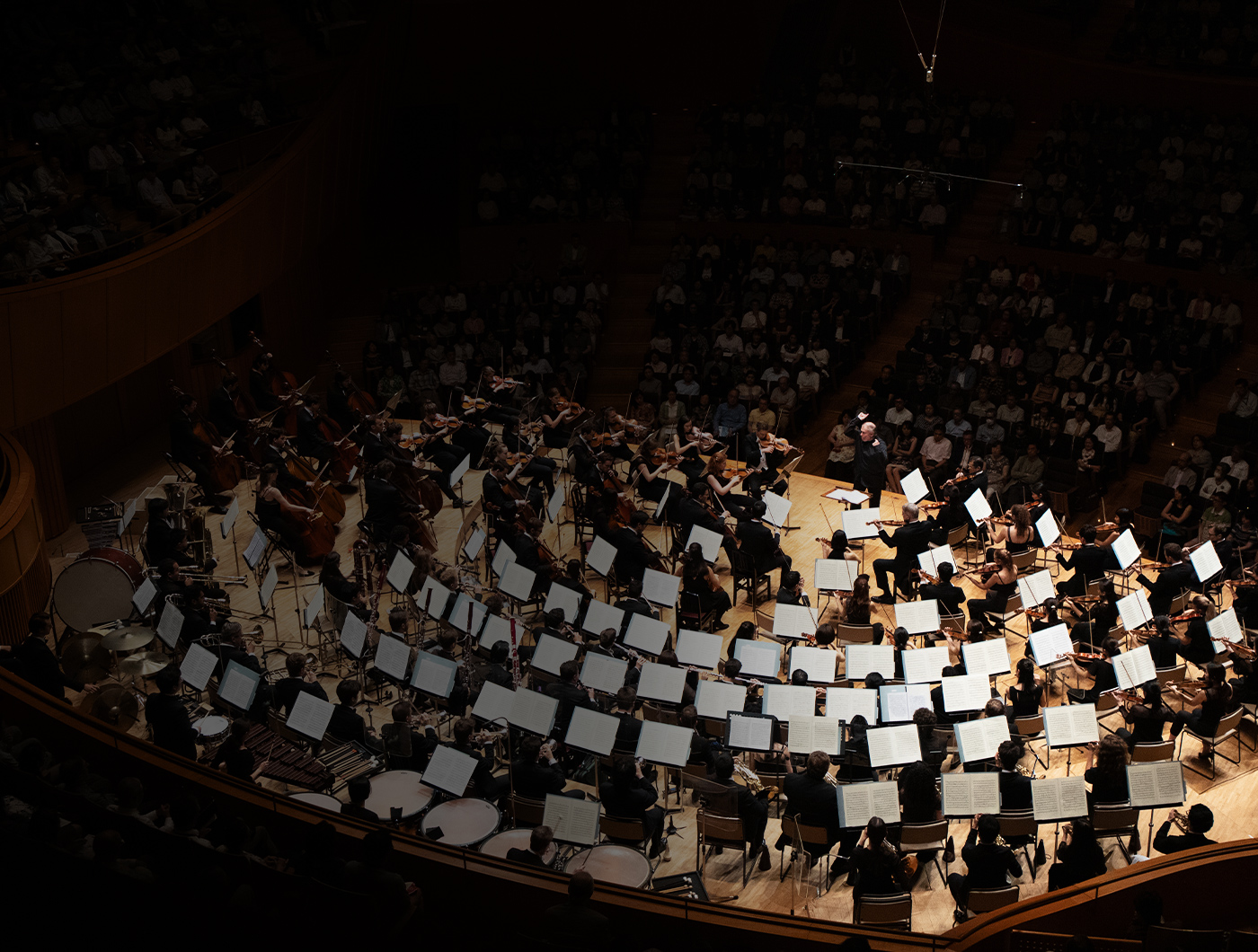 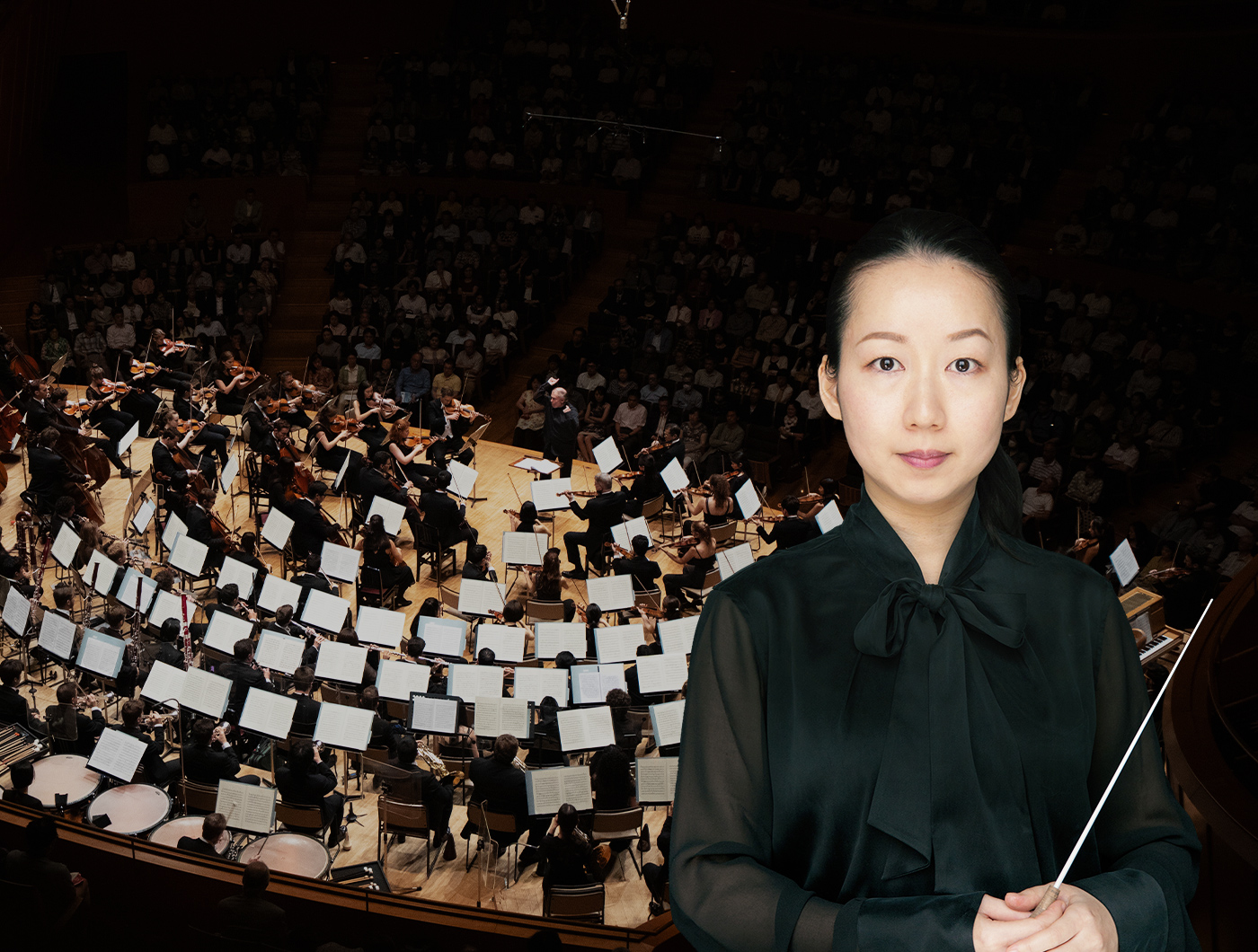 The allure of old Russia

Program B will include works by Prokofiev, Stravinsky, and Yasushi Akutagawa led by Nodoka Okisawa, winner of the international conducting competition in Besançon in 2019 and rising star on the international stage. Internationally renowned soloist Fumiaki Miura, youngest winner of the Joseph Joachim Hannover International Violin Competition in 2009 and frequent guest of prestigious orchestras and music festivals around the world, will perform Prokofiev's Violin Concerto No. 2, one of the great masterpieces of the 20th century.

The concert opens with Akutagawa's Triptyque for strings. Akutagawa's inclination toward Soviet music and composers was apparently compelling; he went so far as to sneak into the Soviet Union, with which his native Japan had no diplomatic relations, somehow managing to befriend composers including even Khachaturian and Shostakovich. Triptyque was written a year prior to these travels, and its strongly Russian aesthetic can be seen as an expression of the power Russian music held over him in that period.

The concert concludes with Stravinsky's beloved Petrushka (1947 version), colorfully depicting a story of 3 puppets during an 1830 fair in St. Petersburg. 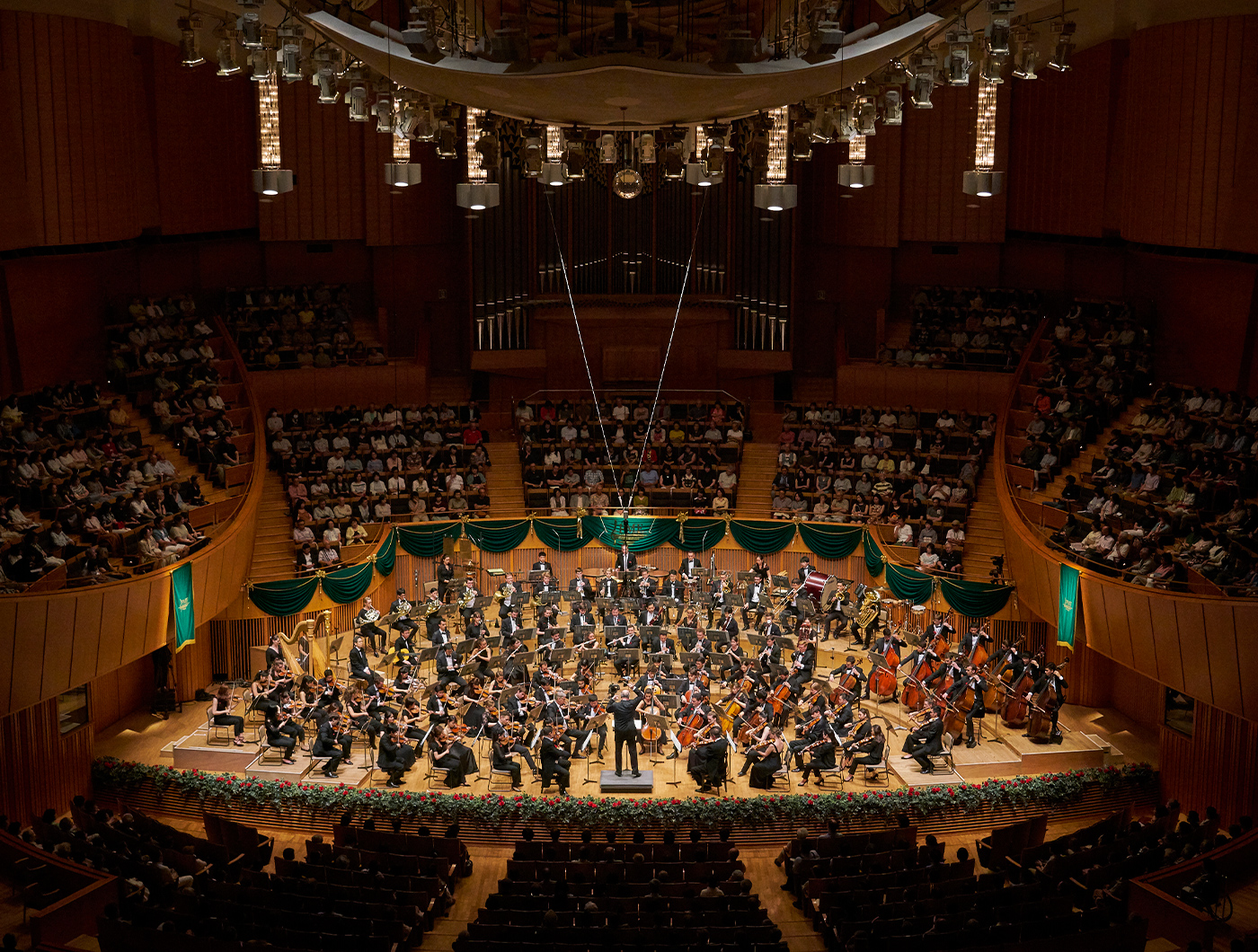 This year, a significant portion of PMF's educational curriculum will take place online. PMF faculty members from around the world will teach masterclasses remotely for members of the 2020 Academy who live outside Japan, and these sessions, which will conclude with performances, will be made available online.

Outreach programs will include in-person open masterclasses for Hokkaido-university music students, taught by members of the PMF Orchestra JAPAN, including alumni who are principal players of orchestras throughout Japan. 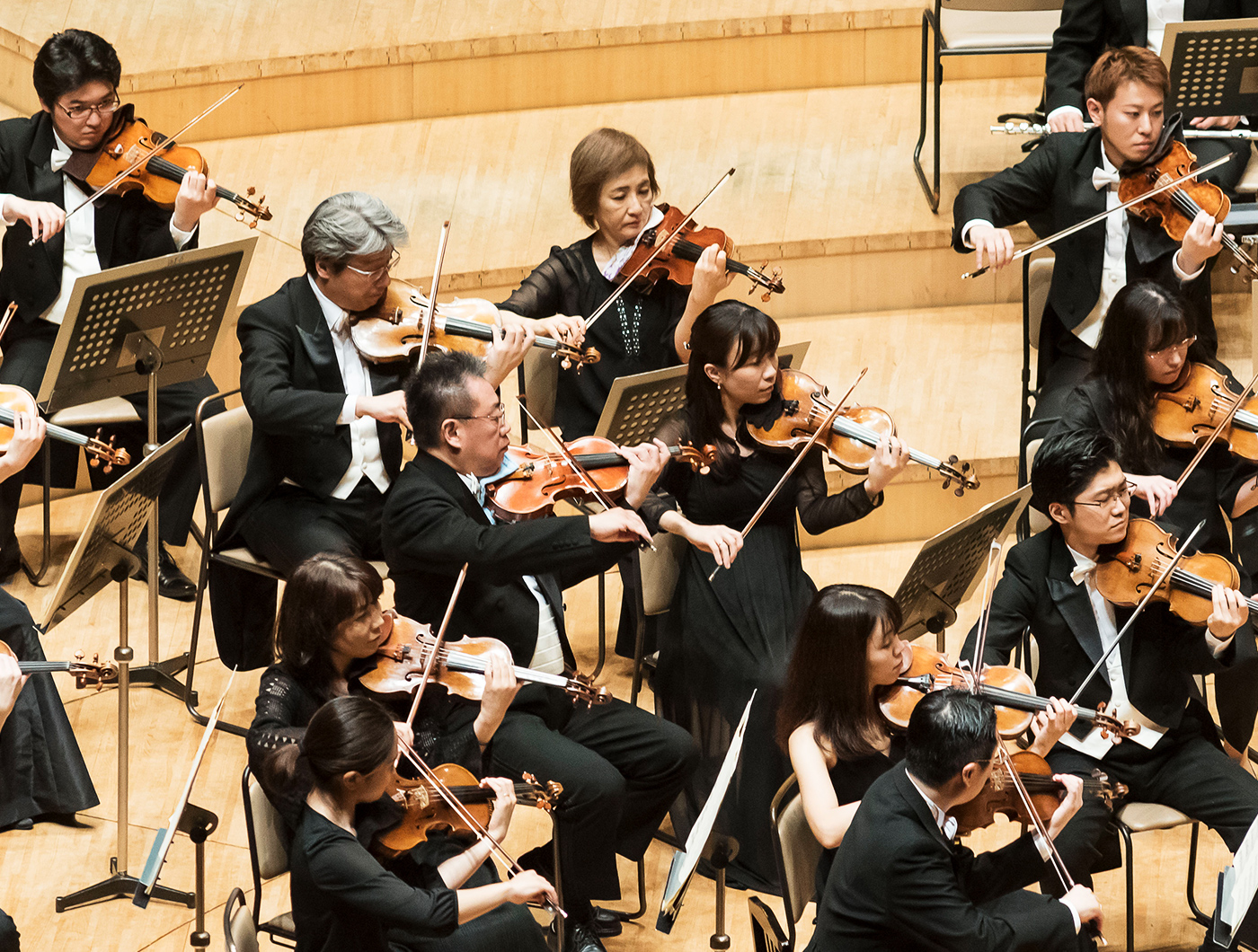 Eiji Oue returns to PMF for the first time in 29 years, after assisting festival founder Leonard Bernstein at the first PMF in 1990 and going on to make multiple appearances at the festival during its early period. This year he will conduct the Sapporo Symphony Orchestra in Schumann's Symphony No. 2, which Bernstein conducted with the PMF Orchestra. With 11 PMF alumni active as members of the SSO, the Host City Orchestra Concert reflects the history of the festival itself, and the sound of this beloved orchestra is not to be missed!

close
Recitals by a PMF Orchestra JAPAN
concertmaster and soloists! 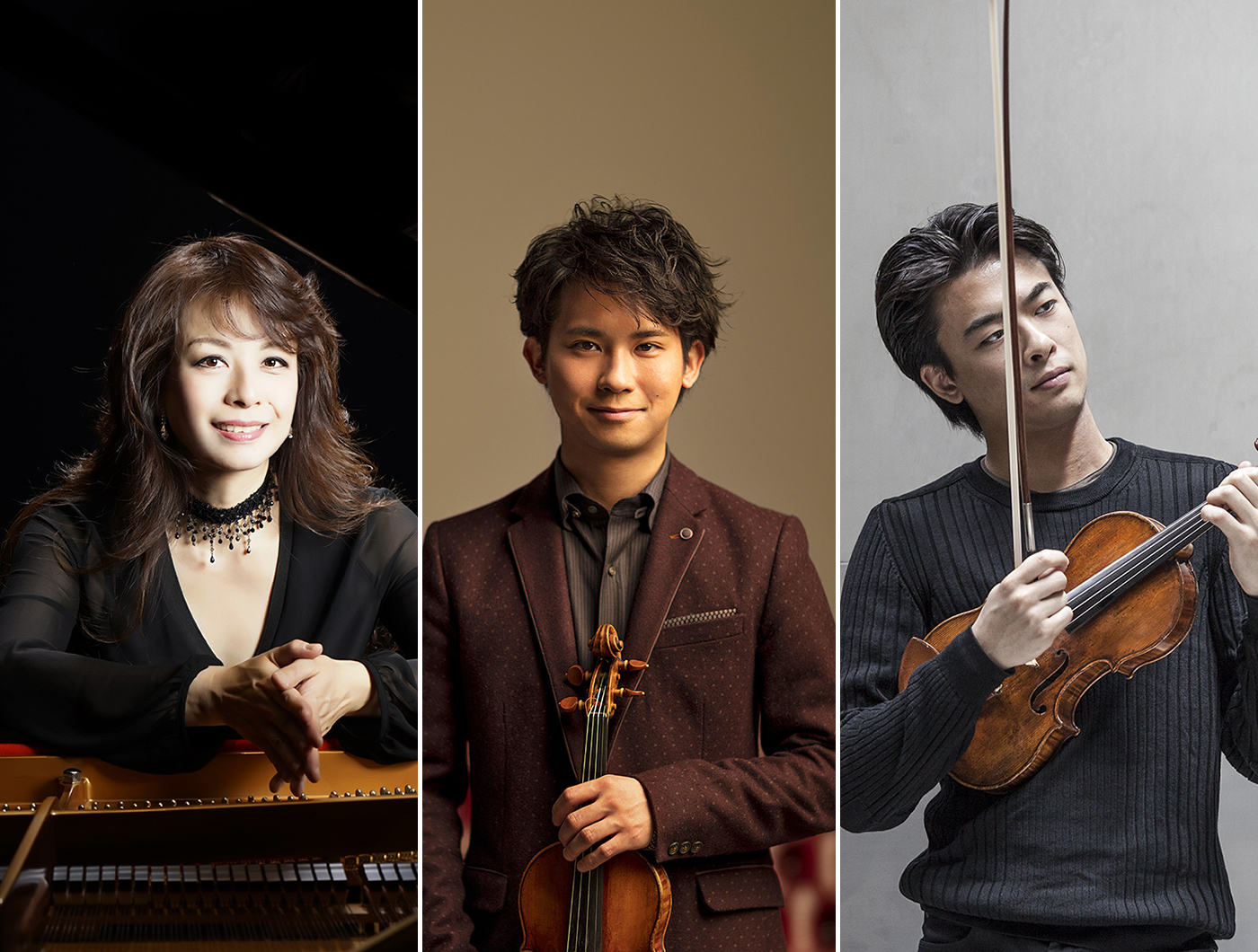 Recitals by a PMF Orchestra JAPAN
concertmaster and soloists!

Yuko Mifune, soloist for Gershwin’s Concerto in F, will also perform a recital with works from the Americas by Gershwin, Copland, and Barber, Ginastera, and Piazzolla! Ranging from sharp dance rhythms to sorrowful melodies, Mifune’s expressive array is certain to catch your heart.

Sunao Goko, concertmaster of the PMF Orchestra JAPAN for the first half of the festival, will perform a recital with pianist Yuya Tsuda, presenting an all-Romantic program of sublime works by Brahms, R. Strauss, Dvořák, and Janáček!

Fumiaki Miura, soloist with the PMF Orchestra for Prokofiev’s Violin Concerto No. 2 and soon to be Artist-in-Residence with London’s Royal Philharmonic Orchestra, is a must-listen global artist of our time. With pianist Ryoma Takagi, Miura’s recital program opens with Debussy’s Violin Sonata and includes works by Stravinsky and Prokofiev, whose artistic legacies were so heavily influenced by Paris.

This truly diverse series of recitals offers something for everyone – not to be missed!