Founded in 1961, the Sapporo Symphony Orchestra is the only professional orchestra in Hokkaido, affectionately known as "Sakkyo." The orchestra represents the vast land of Hokkaido with a clear sound and a dynamic and powerful expression.

The orchestra is also active in recording CDs and has produced Sibelius symphony cycles with Otaka, and Brahms and Tchaikovsky recordings with Eliška. Works by Dvořák, Bach, Mendelssohn, Bruckner, Schumann, and R. Strauss were recorded with Pommer, and all have received high acclaim, being featured as recommended recordings by music magazines and newspapers. 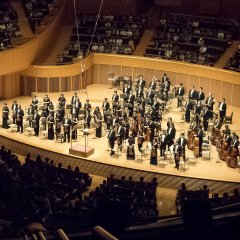