Nodoka Okisawa is the winner of the renowned Concours international de jeunes chefs d'orchestre de Besançon 2019, where she was awarded the “Grand Prix” as well as the orchestra and audience prize. Already in 2018 she won the Tokyo International Music Competition for Conducting, one of the most important international conducting competitions. From the 2020/21 season, Okisawa is a scholarship holder of the Karajan Academy of the Berliner Philharmoniker and assistant to Kirill Petrenko. In addition to assisting this orchestra’s Chief Conductor in concert and opera, the scope of her two-year scholarship also includes conducting her own concert projects together with students of the Karajan Academy.

She has attended numerous masterclasses, with Neeme and Paavo Järvi, and Kurt Masur, amongst others. In both 2019 and 2020 she was selected for the Riccardo Muti Italian Opera Academy in Tokyo. She gained further experience in the past as assistant conductor of the Ensemble Kanazawa and in opera productions in Japan and Europe.

Born in 1987 in Aomori, Japan, she studied piano, cello, and oboe since early childhood. She studied conducting at the Tokyo University of the Arts with Ken Takaseki and Tadaaki Otaka and graduated with a master’s degree. In 2019 she obtained her second master’s degree at the Hochschule für Musik Hanns Eisler Berlin under Christian Ehwald and Hans-Dieter Baum. Okisawa lives in Berlin. This is her first appearance at PMF. 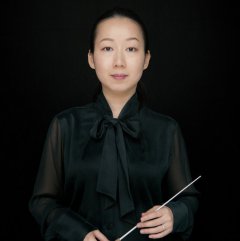 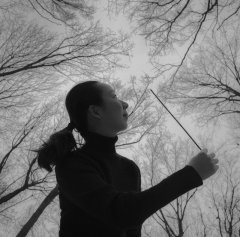