He has appeared on many major Japanese TV and radio shows such as “Forest of Piano,” “Untitled Concert,” “LaLaLa Classic,” “Best of Classic,” and “Recital Nova.” This is his first appearance at PMF, where he will perform on Fumiaki Miura's violin recital. 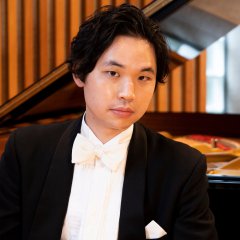