Yutaka Sado, Music Director designate of the Tonkünstler Orchestra Niederösterreich, begins his collaboration with Austria"s prominent and most important musical institution in the 2015/16 season. A long time assistant to Leonard Bernstein and Seiji Ozawa, Sado appeared with renowned orchestras such as the Berliner Philharmoniker, the Bayerische Staatsorchester, the London Symphony Orchestra, the Orchestre de Paris, the WDR Sinfonieorchester Köln, the NDR Hamburg, and the Bayerischen Rundfunks München. Highlights of the upcoming 2014-15 season include his return to the BBC Philharmonic, the Teatro Regio di Torino for their production of Mozart"s LE NOZZE DE FIGARO, and the Orchestre de Paris. In December 2014 he will lead the WDR Sinfonieorchester Köln for a 10-performance Japan tour.

A native of Kyoto, Japan and recipient of the Premier Grand Prix at the 39th International Conducting Competition in Besançon as well as the Grand Prix at the Leonard Bernstein International Conducting Competition in Israel, Sado currently serves as Artistic Director of the Hyogo Performing Arts Center and of its resident orchestra, and is a main host of "Untitled Concert," a weekly TV program recognized as "the longest running TV program for classical music" by Guinness World Records.

Sado participated as a conductor in the first PMF in 1990, and served as the PMF Orchestra Resident Conductor from 1992 to 1997. He subsequently made conducting appearances with PMF in 1998 and 1999, and was the PMF 2001 Bernstein Memorial Conductor. This marks his first appearance at PMF in 13 years. 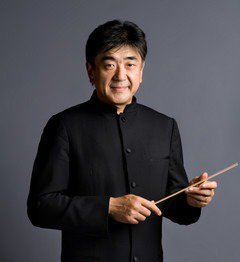 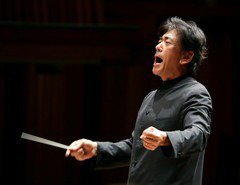