Born in Osaka, Tomo Matsubara graduated from Tokyo University of the Arts where he also completed his graduate studies. He also has graduate degrees from the Hochschule für Musik und Theater München, and from the Art Song and Oratorio program at the Universität für Musik und darstellende Kunst Wien as a scholarship student of the Rohm Music Foundation and the Nomura Foundation. He has studied voice with Josef Loibl and German Lieder with Michio Kobayashi, Mitsuko Shirai, Helmut Deutsch and Charles Spencer.
While a high school student, Matsubara won the first prize in the nationwide, the 51st Student Music Concours of Japan. He won third prize and the Iwatani Award (Audience Award) in the 81st Music Competition of Japan, and the 14th Matsukata Hall Music Award.
Matsubara has appeared in various recitals in Europe and Japan, and performed with numerous orchestras including the Münchner Rundfunkorchester, Neue Hofkapelle München, New Japan Philharmonic Orchestra, Japan Philharmonic Orchestra, Osaka Philharmonic Orchestra, Japan Century Symphony Orchestra, and Kansai Philharmonic Orchestra. He has also appeared in the NHK Meikyoku Recital and Recital Nova, the Yufuin Music Festival, the Kiyosato Music Festival, the Ruhrtriennale (Essen, Germany), and at the Seiji Ozawa Music Academy. He has participated in the Saito Kinen Festival Matsumoto, and appeared under Seiji Ozawa's baton in Janacek's opera The Cunning Little Vixen. He has performed with many international conductors such as Ulf Schirmer, Jun Märkl, Ingo Metzmacher, Eiji Oue and Kazuki Yamada. He has participated in opera productions including the Prinzregententheater in Munich and Kansai Nikikai.
Matsubara is a lecturer at Doshisha Women's College of Liberal Arts, Soai University and Osaka College of Music, and is a member of Kansai Nikikai. This is his first appearance at PMF. 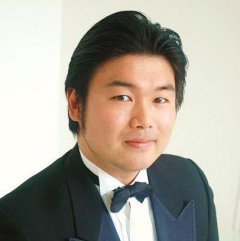