In his early 20s he was hailed as "a brilliant cellist" by Mstislav Rostropovich, and he went on to prove his mentor"s proclamation by garnering top honors in numerous competitions as a soloist and in chamber settings, ultimately landing the most coveted prize of them all, the Gold Medal at the world"s premier musical Olympiad, the quadrennial International Tchaikovsky Competition in 2007.

Born in Moscow in 1983, Antonov was one of the youngest recipients of the Tchaikovsky award. His subsequent performances have taken him round the globe, from the Moscow Conservatory"s Great Hall to Suntory Hall in Tokyo, and as a repeat guest artist at the Newport Music Festival in Rhode Island, where he made his American debut.

He has collaborated with such maestros and classical artists as Yuri Simonov, Maxim Vengerov, and David Geringas, among others. 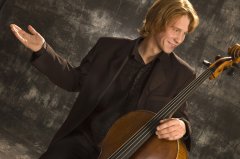 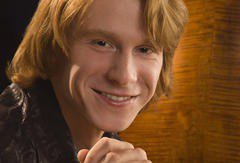