Getting to Know Bernstein

The first 25th anniversary Special Concert, casting our thoughts toward conductor, composer, and PMF founder Leonard Bernstein. This concert attempts to capture the spirit of Bernstein through performances of the "Clarinet Sonata," the orchestral version of which was given its world premiere at PMF 1994 in the Sapporo Shimin Kaikan, "Halil," ("flute" in Hebrew), which was conceived as a prayer for peace, and the "Adagietto," with its superbly beautiful melody, from the 5th Symphony of Mahler, whose symphonies were often excellently performed and recorded by Bernstein himself. Featuring members of PMF EUROPE performing as soloists and others and imagery projected on a large screen. 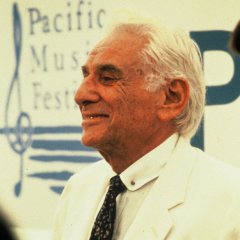 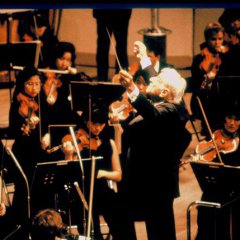 ‘Build My House’ from “Peter Pan”

Songs from “West Side Story”
One Hand, One Heart
Somewhere
Tonight