For the first time, listeners in Sapporo have the chance to experience a real-time broadcast of the PMF Orchestra Concert in Tokyo without ever leaving the city!

Through the cooperation of NTT, a sponsor of PMF 2018, an experimental live-stream of the Tokyo concert (led by Valery Gergiev on August 1, in Suntory Hall) will be broadcast simultaneously to Fukinoto Hall, in Rokkatei"s main Sapporo store, using high-definition lossless audio* - preserving the acoustics of the hall in immaculate detail - and 4K video, presented on a large screen with high-definition speakers onstage.

Each year, the members of the Academy are selected through auditions (this year from 22 countries and regions around the world) and spend a month together in Sapporo, working and learning, building toward their final concert in Tokyo. To this point it has only been possible to experience this concert directly in the hall. But now, for the first time, listeners in Sapporo can experience this culmination of the Academy"s summer together, in formats that are almost like being there, and in real time! 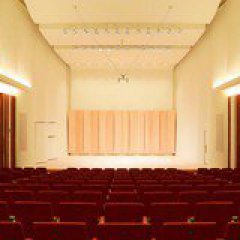 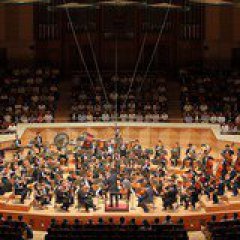 *Program and artists are subject to change.
*Preschool-age children are not allowed inside the hall.