Ami Kaneko was born in Chiba prefecture. She started oboe at the age of nine. In 2012, she graduated at the top of the Instrumental Winds and Percussion Department of the Faculty of Music at the Tokyo University of the Arts. During her time there, she won many awards including the Ataka Award, Acanthus Music Prize, and Mitsubishi Estate Award, and performed the R. Strauss Oboe Concerto at the Geidai Morning Concert, and the Martinů Oboe Concerto at the New Graduate Introduction Concert with the Geidai Philharmonia Orchestra. In addition, she has been awarded various prizes including 2nd place in the Oboe Division of the 25th Japan Wind and Percussion Competition, 3rd place in the Oboe Division of the 79th Music Competition of Japan, 1st place in the Oboe Division of the 28th Japan Wind and Percussion Competition, 2nd prize, the Encouragement Award, and the Audience Award in the 10th International Oboe Competition of Japan in Karuizawa held by the Sony Music Foundation, and the grand prize in the Culture and Arts Division from the Japan Student Services Organization in 2011. In June 2019, Kaneko performed in the Tokyo Opera City Recital Series "B→C." She studied with Hitoshi Wakui, Yoshiaki Obata, and Shoko Ikeda. Kaneko is a former principal of the Sapporo Symphony Orchestra and the New Japan Philharmonic Orchestra, and is currently the Principal Oboist of the Yomiuri Nippon Symphony Orchestra. In November 2017, her first solo CD "Voyage" was released on the Fontech label. 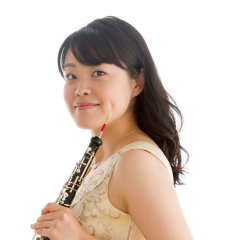