Ryu Sukegawa is an alumnus of the Kunitachi College of Music and he received his master’s degree from the Graduate School of Toho Gakuen College. His mentors include Shigeru Matsuno, Hiroshi Ikematsu, and Gary Karr. Sukegawa won 2nd place in the 7th Japan Classical Music Competition. In 2011, he gave the world premiere of Hikaru Hayashi’s sonata for double base to wide acclaim. He also oversees “Contrabass Meeting” seminars for young, up-and-coming bassists. He is a former Principal of the Sapporo Symphony Orchestra, and is currently the Principal Solo Double Bassist of the Sendai Philharmonic Orchestra. Sukegawa is also the Guest Principal of the Tokyo Symphony Orchestra and is a member of the Kioi Hall Chamber Orchestra Tokyo. 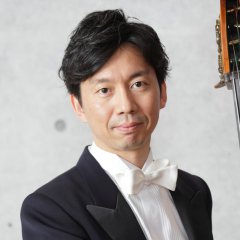