Hibiki Tamura garnered worldwide attention when at the age of 20 he was awarded first prize at the 2007 international Marguerite Long-Jacques Thibaud Competition, at which he also received awards for Best Performer of Chopin, Fauré, Rachmaninoff (Concerto No. 2), and a new work written for the competition.

In 2009, Tamura made his debut at a subscription concert of the WDR Sinfonieorchester Köln, conducted by Semyon Bychkov, before going on tour with them in Japan. He has performed with the major orchestras of Japan, including the NHK Symphony Orchestra, Japan Philharmonic Orchestra, New Japan Philharmonic, and many more. Tamura has performed recitals around the world in places including Leipzig, Paris, Salzburg, and throughout Japan. He is also a sought-after chamber musician, giving many joint performances with performers such as cellist Dai Miyata, and violinists such as Maxim Vengerov, NHK concertmaster Fuminori Maro Shinozaki, and Fumiaki Miura, with whom Tamura has also recorded one of his several CDs.

Born in 1986 in Aichi, Japan, Tamura studied music at the Mozarteum University Salzburg before completing his post-graduate studies in 2015 at the Osaka College of Music under the tutelage of Naohito Fukaya, Koki Shimizu, Claudio Soares, and Christoph Lieske. Tamura is currently a lecturer at the Kyoto City University of Arts. 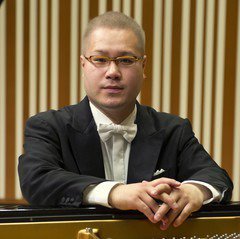