An exclusive Decca artist, Behzod Abduraimov"s captivating performances are rapidly establishing him as one of the forerunners of his generation.

In spring 2014 Abduraimov will make his debut with the Boston Symphony Orchestra with Lorin Maazel, which will be followed by a high profile tour of China. Elsewhere in North America he will return to the Kansas City Symphony and the Vancouver Recital Series, and will make debut appearances with the Princeton University series and for the Phillips Collection in Washington DC. He has recently worked with the Indianapolis and Atlanta Symphony Orchestras and the NAC Orchestra Ottawa (as part of their Russian Festival) and appeared at the Ravinia Festival.

In Europe, Abduraimov will be Artist in Residence with the Netherlands Philharmonic Orchestra (Marc Albrecht) and will also be working with orchestras such as the Czech Philharmonic and London Philharmonic orchestras and the Real Filharmonía de Galicia under Paul Daniel. Following his triumphant debut at Wigmore Hall in London, Abduraimov will be making regular appearances there over the coming seasons, in addition to returning to Milan"s La Societa dei Concerti, where he will open their season. He will also make his debut at the Louvre Paris and perform a number of recitals in Italy and Spain.

Further afield, Abduraimov will be returning to Japan for his debut with the NHK Symphony Orchestra having made his Japanese debut in 2012 with the Tokyo Symphony Orchestra. Following his highly successful tour of Australia he will return there in 2014.

Behzod Abduraimov released his debut recital CD on Decca Classics in 2012, which won both the Choc de Classica and the Diapason Découverte. This season he will release his first concerto disc with the Orchestra Sinfonica Nazionale della Rai under Juraj Valčuha.

At the age of 18, Abduraimov achieved a sensational victory in the 2009 London International Piano Competition, winning First Prize with his thrilling performance of Prokofiev"s Piano Concerto No. 3.

Behzod Abduraimov was born in Tashkent in 1990 and began playing the piano at the age of five. He was a pupil of Tamara Popovich at the Uspensky State Central Lyceum in Tashkent, and is currently at the International Center for Music at Park University, Kansas City, studying with Stanislav Ioudenitch. 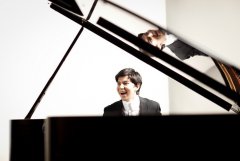 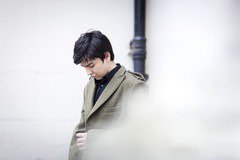