Raffael Dolezal was born in Tokyo and began piano lessons with Professor Helene Stadler-Sedo at age six, eventually enrolling in said professor's class at the Konservatorium Wien. He took first prize as a pianist in the "prima la musica Wien" competition in both 1996 and 1998. At age 8 he began playing the cello, studying with Eberhard Zwölfer as well as his father Fritz Dolezal. In 2002, he entered the Musikuniversität Wien, studying with Wolfgang Herzer and Robert Nagy. Since 2007 he has performed as an extra member with both the Wiener Staatsoper Orchester and the Wiener Philharmoniker. He participated in the Angelika Prokopp Sommerakademie der Wiener Philharmoniker in Salzburg every year from 2009 to 2014. He performed with the Salzburg Festival in 2010 and 2011 as a member of the stage orchestra. He has performed with numerous chamber ensembles and taken part in performance tours not only within Austria, but in countries across Europe and in Japan. Since September 2012 he has been performing with the ORF Radio-Symphonieorchester Wien. 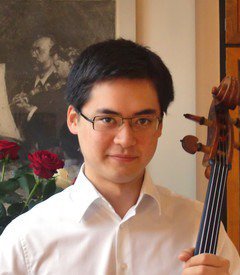