Stefan Schulz became a member of the Berliner Philharmoniker in 2002 and is currently a member of the Berlin Philharmonic Brass Ensemble. From 1993 to 2002 he performed with the Staatskapelle Berlin and taught at the Orchester-Akademie. He is actively involved in musical education, teaches at the Hochschule für Musik und Theater Hannover, and taught as a visiting professor at the Hochschule für Musik "Hanns Eisler" Berlin from 2000 to 2004. He is an active soloist and chamber musician and performs with numerous chamber ensembles. Since 2004 he has been a professor at the Universität der Künste Berlin. This is his fourth appearance at PMF since 2006. 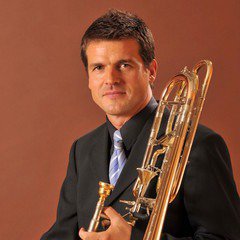