At first the clarinet was Alexander Bader"s reward for passing the qualifying examination as a young student in the piano division of Hochschule der Künste (HdK) in Berlin, and so, along with his main instrument, he also studied clarinet at the HdK with Manfred Preis and Peter Rieckhoff. After receiving his orchestra diploma he transferred into the soloists' class taught by Wolfgang Meyer at Karlsruhe's Staatliche Hochschule für Musik. In 1990 during his soloist exam at the school, he was invited to join the Deutsche Kammerphilharmonie Bremen, and together with the orchestra"s other wind soloists he was awarded the 1990 Echo-Klassik prize for chamber music. In 2002 he won the principal position at the orchestra of Komische Oper Berlin, while also playing regularly with other orchestras including the Bayerische Staatsoper and the Münchner Philharmoniker. Bader became a member of the Berliner Philharmoniker in 2006.
Since 1994, Bader has also devoted himself to historical performance practice on original instruments and appeared regularly with such ensembles as the Vienna Concentus Musicus, the Balthasar-Neumann-Ensemble and Berlin's Akademie für Alte Musik.
He has been a member of the Scharoun Ensemble since 2006, and is a member of the Bläser der Berliner Philharmoniker. In 2012 he was awarded the International Classical Music Award. This is his fifth appearance at PMF since 2015. 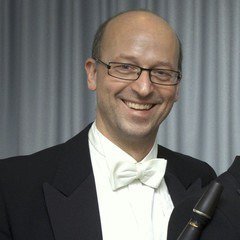