Born in Busan, South Korea, Young-Jin Choe graduated from the Korea National University of Arts before going on to study with Professor Dag Jensen at the Hochschule für Musik, Theater und Medien Hannover, where he graduated with a soloist diploma of highest distinction. Choe has won first prizes in various leading competitions around the world, including the Pacem in Terris International Music Competition Bayreuth for bassoon, and the Seoul International Music Competition – the highest music competition in Korea – becoming the first musician to win three times in a row. Prior to his current position, he was the principal bassoonist of the Trondheim Symphony Orchestra in Norway. Since 2005, he has been principal of the Tokyo Philharmonic Orchestra. As an educator, Choe is a former lecturer at the Korea National University of Arts and currently teaches at Keimyung University. In 2020 he gave masterclasses at the University of Florida in the US. 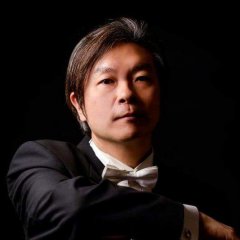