Award-winning soloist Sunao Goko is increasingly recognized as a rising star of the violin world. Recipient of the 2019 Idemitsu Music Award, he also won both First Prize and the Audience Award at the 2013 International Tibor Varga Violin Competition Sion Valais. Born in 1993, he won First Prize in the 11th Yehudi Menuhin International Competition for Young Violinists in 2006, becoming the youngest winner in the competition"s history.

Since Goko"s 2007 debut as a soloist, he has performed with orchestras including the New Japan Philharmonic, Yomiuri Nippon Symphony, Tokyo Symphony, Japan Philharmonic, Osaka Philharmonic, Sapporo Symphony, Orchestre de Chambre de Lausanne, and Orchestra Filarmonica Marchigiana, with conductors such as Gerhard Bosse, Jesús López Cobos, Hubert Soudant, Tadaaki Otaka, Toshiyuki Kamioka, Kazuki Yamada, and Kentaro Kawase. He made his debut with the Saito Kinen Festival (currently the Seiji Ozawa Matsumoto Festival) performing Stravinsky"s L"Histoire du soldat in 2011 and was subsequently invited back twice. He has also performed at the Spring Festival in Tokyo and La Folle Journée Tokyo. A passionate recitalist, Goko is currently in the midst of a 3-year performance cycle of the complete Beethoven violin sonatas. He has performed all across Europe, in Germany, France, Spain, Switzerland, Italy, the Czech Republic, and more, and he currently studies with Pavel Vernikov at the Vienna Conservatory. His previous teachers include Mami Teshigawara, Gerhard Bosse, and Akiko Tatsumi, and he has participated in masterclasses with Jean-Jacques Kantorow and Ana Chumachenco. In 2014, he released his debut CD on the Exton label, with solo works by Bach and Bartók, followed in 2015 by a recording of the Brahms violin sonatas on the Nascor label, then in 2017 with a 2nd disc of works by Bach and Bartók on Exton. He plays the 1682 "Banat" Stradivarius.

In August 2019, Goko will perform the Brahms Double Concerto with cellist Gen Yokosaka and the Sapporo Symphony Orchestra. 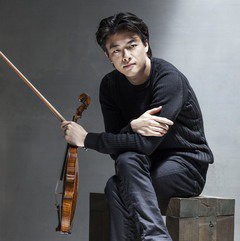 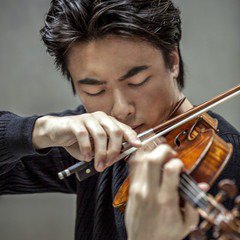