Since 1983, Heiichiro Ohyama has held the position of Music Director and Conductor of the Santa Barbara Chamber Orchestra (USA). He is also currently Artistic Director of Chanel Pygmalion Chamber Music Series in Tokyo, and Artistic Director of "Music Dialogue" (Japan).
Born in Kyoto, Japan, Ohyama studied violin and chamber music at the Toho Music High School and College. He graduated from London"s Guildhall School of Music and Drama in 1970. He then entered Indiana University where he studied viola with William Primrose and violin with Josef Gingold and Ruggiero Ricci, and chamber music with Janos Starker, Manaham Pressler, and Gyorgy Sebok.
In 1972, he participated in the Marlboro Music Festival, subsequently becoming increasingly in demand as a violist. He has performed with such distinguished artists as Gidon Kremer, Ladu Rupu, and Mischa Maisky.
In 1979 Ohyama was appointed as Principal Violist of the Los Angeles Philharmonic under Carlo Maria Giulini, a position he held for 13 years, and he began conducting soon thereafter. In 1987, he was appointed Assistant Conductor of the Los Angeles Philharmonic by Andre Previn.
Ohyama was Founding Artistic Director of the La Jolla Music Society"s "SummerFest" from 1986 to 1997, Artistic Director of the Santa Fe Chamber Music Festival from 1991 to 1997, Principal Chief Conductor of the Kyushu Symphony Orchestra in Fukuoka, Japan from 1999 to 2004, Principal Chief Conductor of the Osaka Symphony Orchestra from 2004 to 2008, and Music Director of the Nagasaki Music Festival from 2007 to 2009. He was also a Professor of Music at the University of California from 1973 to 2003. He received the "Fukuoka City Cultural Prize" in 2005 and the "Outstanding Performance Award" from the Japanese Government in 2008. In 2014 he received the Cultural Achievement Award from the city of Santa Barbara.
This is his first appearance at PMF. 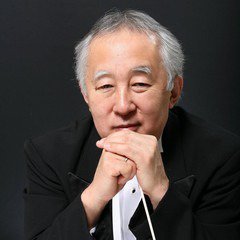