Rena Fujii graduated from the Department of Vocal Music, Tokyo University of the Arts. She also has a graduate degree from the Art Song and Oratorio program of the Universität für Musik und darstellende Kunst Wien. While studying at the Graduate School of the Tokyo University of the Arts, as a trainee, Fujii made her opera debut performing as the Sandman and the Dewman in Humperdinck's "Hänsel und Gretel" at the Theater Erfurt in Germany. She further studied at the Oper Leipzig. She has received prizes in competitions in Slovakia and Poland including first prize in the Opera and third prize in the Song categories of the International Antonin Dvořák Singing Competition. In Europe, she performed as the Queen of the Night in Mozart's "Die Zauberflöte" (State Theater Košice, Slovakia), as Rosina in Rossini's "Il Barbiere di Siviglia," and as Gilda in Verdi's "Rigoletto." She has performed with various orchestras including the Polish National Radio Symphony Orchestra. Fujii won first prize in the 18th Cercle Deux Colonnes, and the second prize and the Iwatani Award (Audience Award) in the 83rd Music Competition of Japan, and she was a finalist in the 7th Shizuoka International Opera Competition. She will cover the Shepherdess and Owl roles in "L'enfant et les sortilèges" in the Seiji Ozawa Music Academy Opera Project XIII in March 2015. She focuses intensively on classical songs and has wide repertoire in various languages including German, French and Czech. She has studied voice with Machiko Sakurai, Tasuku Naono, Akihiko Mori, Eva Blahová, Regina Werner-Dietrich, Walter Moore, Susan Manoff and Isabel Garcisanz. She is a member of Nikikai and will serve as a lecturer at Kunitachi College of Music from April 2015. This is her first appearance at PMF. 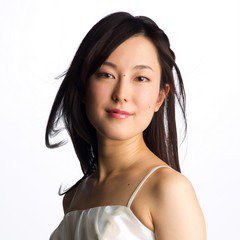