David Zinman, scheduled to attend as Principal Conductor, has been forced to cancel his engagement with this year's PMF.

Maestro David Zinman, scheduled to be the PMF 2015 Principal Conductor, has been forced to put all conducting activities on hold due to his current health condition.
Zinman underwent hip replacement surgery this month in New York, and while he expressed his desire to begin conducting again as quickly as possible and attend PMF 2015, based on his doctors' advice that July was simply too early resume any such activities, he has unfortunately had to cancel his engagement with PMF 2015.
He has put tremendous energy into fostering young musicians throughout his career and was very much looking forward to instructing and performing alongside both the Orchestra Academy and the Conducting Academy. He has expressed his utmost disappointment upon this extremely unfortunate turn of events.

Jun Märkl and Andris Poga have kindly agreed to conduct in Zinman's place. Jun Märkl served as Music Director of both the Orchestre National de Lyon and the MDR Symphony Orchestra Leipzig, and participated in PMF as Guest Conductor in 2005 and 2008, then as Principal Conductor in 2013, making this his fourth appearance at PMF. Andris Poga is a young up-and-coming conductor, having served as Assistant Conductor of the Boston Symphony in the 2012-2013 season, and as Music Director of his native country's Latvian National Symphony Orchestra from the fall of 2013. This will be his first appearance at PMF.

We sincerely hope for your continued generous support for PMF 2015.

The following programs have been changed. 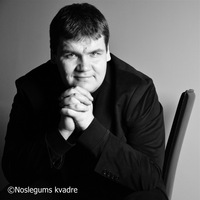 * Tchaikovsky's Symphony No. 5 will take the place of the originally scheduled Bruckner Symphony No. 4. Weber's Overture to 'Oberon' is an addition to the program.
* On July 26 (Sun), Mozart's Symphony No. 34 will be conducted by the Conducting Academy as originally planned.