Muramatsu graduated from the Kunitachi College of Music, majoring in vocal music. He was awarded the Yatabe Award upon graduation. He continued his studies and completed the Opera Soloist Course and the post graduate course majoring in vocal music in opera performance. He also completed the 14th New National Theatre Opera Studio. He performed at the 78th Yomiuri Young Artists Concert. In his operatic activities, he has performed numerous roles, including the Count in "The Marriage of Figaro," the title role in "Don Giovanni," Gliermo in "Cosi fan tutte," Ramiro in "L"heure espagnole," Harlekin in "Ariadne auf Naxos," Marcello in "La Bohème," the title role in "Cardillac," and Shigeto in "Mizuchi." 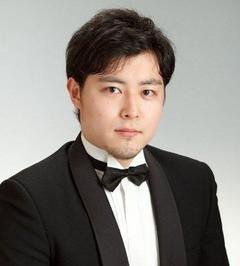