Shimizu graduated from the Music Department of the Tokyo University for the Arts, majoring vocal music. He completed his Master of Music degree in Opera Performance at the same university. He made his operatic debut performing as Leporello in "Don Giovanni" in the 58th Opera Production of the Tokyo University for the Arts. His operatic performances include singing the title role of "The Marriage of Figaro," and as Sarastro in "The Magic Flute," with which he made a courtesy appearance in a New National Theatre Opera Studio production. He performed as Nankin in the Tokyo premiere of Akira Senju"s "Taki no Shiraito." In addition to his operatic performance, he has appeared as a soloist for numerous sacred pieces, including Mozart"s Requiem. He studied with Hideto Ihara and Michio Tatara. 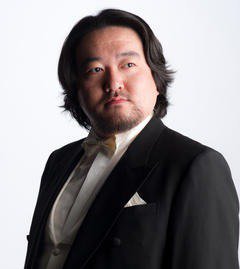