Born in Fukushima prefecture, Ito graduated from the Music Department of the Tokyo University of the Arts, majoring in Vocal Music. He then completed his graduate studies there in Vocal Music in Opera Performance. He also completed the training program of the 14th New National Theatre Opera Studio.

His opera appearances include roles as Donna Pasqua in Goldoni"s "Il Campiello" at the 56th opera production of the Tokyo University of the Arts in 2010. While at the New National Theatre Opera Studio, he performed as Guido Bardi in "Eine florentinische Tragödie" in 2012, as Der Kavalier in "Cardillac," and as Der Tenor/Bacchus in "Ariadne auf Naxos" in 2014. In addition to his operatic activities, he has appeared as a soloist in the 58th Messiah Concert at the Tokyo University of the Arts, in Beethoven"s Symphony No. 9, in J. S. Bach"s "St. John Passion," and in Orff"s "Carmina Burana." He studied with Tasuku Naono and Yasuko Takemura. This is his first appearance at PMF. 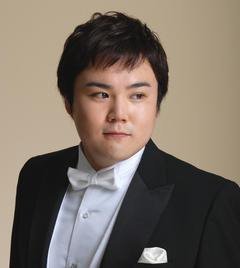