Born in Aichi Prefecture, Komada completed his vocal study at the graduate school of Tokyo University of the Arts. His teachers included Yoshifumi Tomomori, Michio Tatara and Roman Trekel. He appeared as a soloist in various concerts, including the Tokyo University of the Arts Choir Subscription Series (Schumann: Vom Pagen der koenigstochter and Des Sangers Fluch), the 56th Tokyo University of the Arts Subscription Concert of Handel"s "Messiah," Haydn"s "Creation" sponsored by Chiba Prefectural Culture Hall, and Orff"s "Carmina Burana" sponsored by OFC.
He performed the title role of "Peer" in the Tokyo University for the Arts" 120th anniversary production of "Peer Gynt."
He further studied in Berlin, Germany after finishing a training program at New National Theatre Opera Studio. While he was studying in Berlin in 2012, after an audition he won the role of Ramiro in Ravel"s "The Spanish Hour" performed at a music festival in Groningen, the Netherlands. He also won the Labberte-Hoedemaker Award after being chosen to be the vocal soloist for the final concert of the festival. 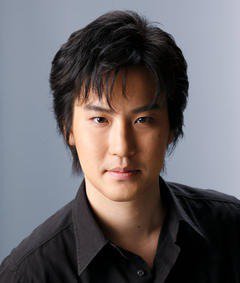