The orchestra made its first overseas tour to the U. S. and Germany with Schwarz, and Iwaki expanded the orchestra"s repertoire to introduce works by Japanese composers, including Toru Takemitsu"s "RAN" soundtrack. During Akiyama"s tenure, the orchestra visited South Asia twice and performed with a clear sound and a dynamic, powerful expression which represented the vast land of Hokkaido.

Otaka has worked more than 25 years with the orchestra and has been its Music Director from 2004 until March 2015. The orchestra made successful tours to the U. K. (2001), South Korea (2005), Europe - Germany, U. K. and Italy (2011) and Taiwan (2015). The repertoire became more diverse during his tenure with newly started Sakkyo Chorus. The new program included "The Sakkyo POPS" and "Modern Concert" for wider audiences, "Discovery Concert" for younger children, and "Junior Classics" for school students, and more people could enjoy the fullness of classic music. 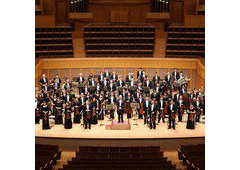