Hailed as one of the most prominent mezzo sopranos of the present day, Mihoko Fujimura was the first Japanese singer ever to star in a leading role at the Bayreuth Festival. She returned to the festival for nine consecutive years, earning critical acclaim as a rare talent the likes of which had not been seen for 2 decades in the Wagner music world. Since then she has appeared in world-renowned opera houses including the Teatro Scala Milano, Staatsoper Wien, Royal Opera House, Staatsoper München, Teatro Colon, Opera di Firenze, Teatro Real, Arena di Verona, and Gran Teatre del Liceu. She has performed with world leading orchestras such as the Vienna Philharmonic, the Berlin Philharmonic, and the Royal Concertgebouw Orchestra Amsterdam, under such distinguished conductors as Seiji Ozawa, Christian Thielemann, Claudio Abbado, Zubin Mehta, Christoph Eschenbach, Bernard Haitink, Riccardo Chailly, Fabio Luisi, and Yannick Nézet-Séguin. Her recording of Brangäne (Tristan and Isolde) performed with Placido Domingo and Antonio Pappano was highly praised.
In Japan, Fujimura made her debut at the New National Theatre Tokyo singing Fricka in Der Ring des Nibelungen. In addition to her numerous opera performances, she has also appeared in many recitals and concerts, including as a soloist in Beethoven"s Symphony No. 9 with the NHK Symphony Orchestra. She has been honored with many prestigious Japanese awards and prizes, including the Idemitsu Music Award, the Art Encouragement Prize for New Artists, the Exxon Mobil Music Award, the 44th Suntory Music Award, and the Medal with Purple Ribbon, awarded by the Government of Japan.
Fujimura graduated and completed her master"s degree at the Tokyo University of the Arts, Faculty of Music before continuing her studies at the graduate school of the Academy of Music and Theatre in Munich.
This is her first appearance at PMF. 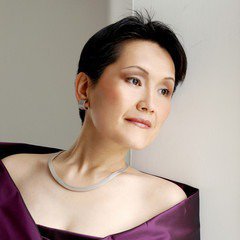