Graduate of Aichi Prefectural Arts University, and its post-graduate course, Kuwahara prize recipient, Tamayo Yoshida studied at New National Theatre Opera Studio in its 6th graduating class. In 2006, she was awarded a scholarship by the Agency for Cultural Affairs, and studied at Conservatorio di Musica Bologna. Yoshida also selected as a recipient of the Rohm Music Foundation"s special grant and studied in Munich and Vienna. She was the highest prize, as well as Tamaki Miura award winner in the 6th Shizuoka International Opera Competition. In 2018 she was awarded Iwaki Hiroyuki Music Prize.
In 2010, she made her European debut, singing Donna Anna in Don Giovanni at Steyr Music Festival in Austria, and her performance garnered critical acclaim from various medias, as "an impeccable soprano, who played out difficult role completely with stunning singing with aura." In 2012, Yoshida sung the title role of "Madama Butterfly" in a pre-opening performance for Seiji Ozawa"s Music Academy (former Ozawa Seiji Ongaku-juku), due to a sudden cancellation of the original foreign cast, and her performance was hailed by Ozawa. She continued to perform many title roles, and her performance of Madama Butterfly at New National Theatre"s Opera appreciation program for high school students, with her outstanding singing, and depth of interpretation received critical acclaim. Other opera projects besides Ozawa"s Academy, include Suntory Hall Academy and Saito Kinen Festival Matsumoto (Currently Seiji Ozawa Matsumoto Festival). She is also active performing symphonic and religious music repertoire, including Beethoven"s Symphony No. 9. In 2016, for the 30th anniversary of the opening of the Suntory Hall, she appeared as a soloist for Beethoven"s Symphony No. 9 with the Vienna Philharmonic and Zubin Mehta. Consequently, she sung the same repertoire at the Musikvereinzaal in Vienna in 2017.
Her performance of Rossini"s Missa Solemnis for the Suntory Hall Renewal Concert, conducted by Giuseppe Sabbatini received critical acclaim by foreign journals and medias.
Yoshida performed with Fabio Luisi and PMF Orchestra in 2012, and this is her second appearance since then. 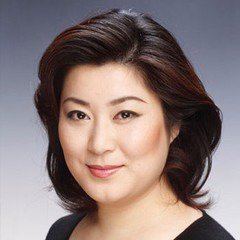