Heinrich Koll, former principal violist of the Wiener Philharmoniker, has performed numerous concerts with the orchestra as soloist, including Mozart’s Sinfonia Concertante with Rainer Küchl and Zubin Mehta, and Richard Strauss’ Don Quixote for a CD recording along with Franz Bartolomey and Andre Previn, subsequently performing the latter with Mstislaw Rostropovich and Seji Ozawa as well. In 2004 he recorded a solo CD as part of the Wiener Philharmoniker Soloist Series. An active chamber musician, Koll has been a member of the Küchl Quartet since 1987, performing regular subscription concerts in the Vienna Musikverein and abroad. As a teacher, in addition to his years with PMF, he has also given a masterclass at the Manhattan School of Music in New York. Koll studied at the College of Music and Performing Arts in Vienna with Fr. Prof. Steinbauer and Prof. Samohyl, receiving his diploma with distinction in 1975. After briefly serving as principal violist with the Lower Austrian Tonkünstler Orchestra he became principal violist of the Wiener Symphoniker from 1976 to 1980, and in 1980 became principal violist with the Wiener Staatsoper and the Wiener Philharmoniker. He retired from the position in September 2017 after more than 35 years of association with the orchestra. He has participated in PMF seven times since 1993. This year he is scheduled to take part in the online education program and a digital concert. 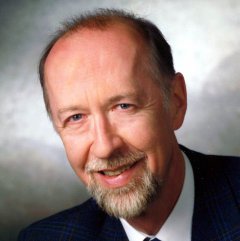