Born in Waidhofen an der Ybbs in Austria, Rainer Küchl entered the Wiener Musikakademie (currently the Universität für Musik und darstellende Kunst Wien) in 1964 and studied violin with Franz Samohyl. His solo performing activities included numerous recitals and recordings for broadcast. He also performed with the Wiener Philharmoniker, Wiener Symphoniker, Dresden Staatskappelle, and NHK Symphony Orchestra under distinguished conductors including Claudio Abbado, Karl Böhm, and Leonard Bernstein. In 1971 he was appointed Concertmaster of the Orchester der Wiener Staatsoper and Wiener Philharmoniker at the age of 20 and served the position until 2016. Along with other members of the Wiener Philharmoniker, he formed the Küchl Quartet, which was awarded the Wiener Flötenuhr Prize by the Austrian Mozart Society in Vienna in 1978. In 1982, Küchl succeeded Franz Samohyl and became a professor at the Universität für Musik und darstellende Kunst Wien where he continues to teach today. In 2001 he was awarded official honorary status with the Wiener Staatsoper. He was awarded numerous prizes for his contributions to musical arts through his varied activities, including the Mozart Interpretation Award in 1973 by the Mozart Society of Vienna, the Golden Order of Merit of the Federal Province of Salzburg in 1985, the Austrian Cross of Honor for Science and Arts in 1988, the Order of Merit of Services rendered to the Republic of Austria Grand Decoration in 1994, and the Order of the Rising Sun, Gold Rays with Neck Ribbon of the Japanese Government in 2010. He has participated in PMF 12 times since 1993. This year he is scheduled to take part in the online education program and a digital concert. 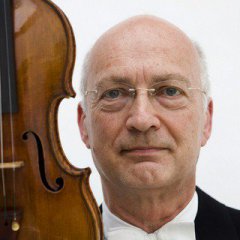