Matvey Demin studied at the Novosibirsk Special Music School (class of Nadezhda Furenkova) and continued his studies with Professor Andrea Lieberknecht, first at the Hochschule für Musik und Theater Hannover and then at the Hochschule für Musik und Theater München. Has has won numerous competitions, such as the 1st prize at the International Friedrich Kuhlau Flute Competition (Germany, 2013), 2nd prize at the Deutscher Hochschulwettbewerb (2012), and both 2nd prize (1st prize not awarded) and the Audience Prize at the Aeolus International Competition for Wind Instruments in Dusseldorf (2017). Demin was a solo flutist in the Gustav Mahler Jugendorchester and the Schleswig-Holstein Festival Orchestra before he became a Co-Principal Flutist at the Tonhalle-Orchester Zurich. Has also appeared as soloist with the Mariinsky Orchestra, Dusseldorf Symphony Orchestra, and many others.
He won the first prize in the 16th Tchaikovsky International Competition woodwind division, implemented for the first time in the competition"s history.
This is his first appearance at PMF. 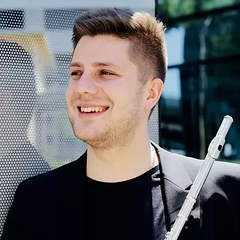 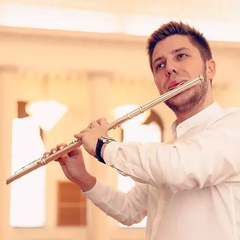