Hailed by BBC Radio 3 as "a real poet of the piano," Andrew Tyson is emerging as a distinctive and important new musical voice. In summer 2015, he was awarded First Prize at the Géza Anda Competition in Zürich, as well as the Mozart and Audience Prizes. These victories have resulted in numerous performances throughout Europe under the auspices of the Géza Anda Foundation.

Andrew is a laureate of the Leeds International Piano Competition where he won the new Terence Judd-Hallé Orchestra Prize, awarded by the orchestra and conductor Sir Mark Elder. Enjoying an ongoing relationship with the orchestra Andrew joined them again last season for several performances. With concerto performances taking him across North America and Europe, Andrew has performed with orchestras from the Orchestra of St. Luke"s at Alice Tully Hall, to the SWR Symphony Orchestra Stuttgart, and the National Orchestra of Belgium under Marin Alsop. Highlights this season include his Wiener Konzerthaus debut with the Haydn Philharmonic Orchestra and a performance of Chopin"s Piano Concerto No. 2 with the Orchestra della Svizzera italiana under the baton of Vladimir Ashkenazy.

Recital appearances include major cities across the US and Europe at venues such as Brussels Palais des Beaux-Arts, and New York"s Carnegie Hall. In addition to his debut in Hong Kong, this season sees Andrew in recital at Piano aux Jacobins Toulouse, the SWR2 Mainz, the Palace of Arts Budapest and Lyon"s Salle Molière amongst others. No stranger to the festival scene, he appears this season at the Festival Septembre Musical in Montreux and the Miami International Piano Festival.

As a chamber musician, Andrew regularly appears in recital with violinist Benjamin Beilman in venues including the Auditorium du Louvre, Paris and London"s Wigmore Hall.

Andrew"s two recital discs have been issued on the Alpha Classics label. His debut disc comprises the complete Chopin Preludes whilst his second album released in 2017 features works by Scriabin and Ravel.
As winner of the Young Concert Artists International Auditions in 2011, Tyson was awarded YCA"s Paul A. Fish Memorial Prize and the John Browning Memorial Prize. He attended the Curtis Institute of Music where he worked with Claude Frank, and later studied with Robert McDonald, earning his Master"s degree and Artist Diploma at the Juilliard School. 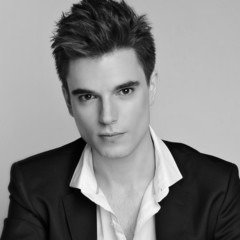