Born in Iwamizawa, Otsuka graduated from the Tamagawa University Music Department. He was a winner of the highest award at the Japan Classic Music Competition. He was awarded third prize at the Giappone-Italia Concorso. In 2006 he was among a group of artists chosen to go overseas under a training system promoted by the Agency for Cultural Affairs and studied with Wolfgang Brendel in Munich. At the New National Theatre, he appeared in the productions of "Salome," "Black Ships," "Pélleas et Mélisande," "Tosca," and "Carmen." This season he is appearing in several productions, including "Don Carlos" and "Manon Lescaut." He also appeared in the Nikikai Theatre Tokyo productions of "La Traviata," "Gianni Schicchi," and "Madama Butterfly." In recent seasons his roles have included Sarastro in "The Magic Flute," Timur in "Turandot," Leporello in "Don Giovanni," and Titurel in "Parsifal." In concerts, he has appeared as a soloist for Beethoven"s 9th Symphony, Mozart"s "Requiem," Handel"s "Messiah," and Haydn"s "Creation." In Hokkaido he has made numerous guest appearances in opera productions and in Beethoven"s 9th Symphony. Otsuka is a member of the Nikikai Theatre in Tokyo.
This is his first appearance at PMF. 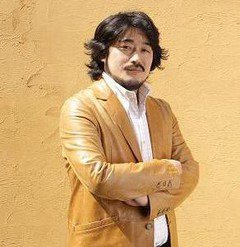