Satoshi Mizuguchi graduated at the top of his class from Vienna Music University, for which he received the Austrian Minister of Culture Award.
He has won numerous awards, including 1st Prize in the 1988 Milan International Competition, and No. 1 Grand Prix in the 1998 Trian Grosabesc international vocal competition.
Mizuguchi made his debut as a baritone in "Rigoletto" at the Vienna National Opera, and subsequently switched to tenor singing. He has given highly successful performances of leading roles in operas such as "Turandot," "Tosca," and "Carmen," in opera halls in Germany and other European countries. He has performed with many renowned artists including Bernstein, Abbado, Zeffirelli, Bruson, and Nucci.
In Japan, Mizuguchi has performed at the New National Theatre in leading roles in operas such as "Aida," "La Forza del Destino," and "Tosca." He has also appeared in leading roles in Biwako Hall opera productions of "Turandot" and "Tannhauser." He appeared in the role of Radames as a representative of Japan in a production of "Aida" commemorating the 40th anniversary of the normalization of diplomatic relations between Japan and China. His performance drew enthusiastic praise.
Mizuguchi has released a number of CDs, including the opera "Croesus" (R.Keiser) on Nuova Era, the solo album: "E lucevan le stelle" on EMI, and "Brilliante" on EXTON. He also wrote the book "Make Your Life Better through the Power of Voice!" which has received much attention.
In March 2013, Mizuguchi was selected as tenor soloist in the "Te Deum" mass held at St. Stephen"s Cathedral in Vienna in celebration of the inauguration of the new Pope. The event was broadcast live on radio throughout the world.
In recent years Mizuguchi has also been gaining attention as a producer. He is a Professor of Osaka University of Arts Graduate School. He resides in Vienna. 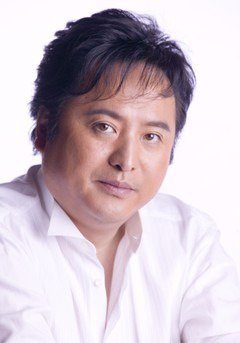