Hiromi Omura was born in Tokyo, Japan, and studied violin before starting her vocal studies. After obtaining her Bachelor"s Degree and Master of Arts in singing at the Tokyo National University of Fine Arts and Music, she moved to Italy, training in Mantua and Milan. She then transferred to France to join the Opera Studio CNIPAL in Marseille. Hiromi was a prizewinner in international competitions such as Concorso Ismaele Voltolini (Buscoldo,1998), Concorso Gianfranco Masini (Reggio Emilia,1999), Belvedere International Competition (Wien, 2000), and Concours International d"Opéra de Marseille (2001).
Hiromi has appeared in the role of Madama Butterfly in numerous theatres such as the Deutsche Opera Berlin, Opera Israeli (Tel Aviv), and at Montreal, Malaga, Cordoba, Santander, Metz, Lausanne, Polish National Opera (Theatre Wielki) and Savonlinnna Opera Festival, Sydney Opera House and Melbourne Art"s Centre. One of the performances in Melbourne has been distributed in Cinema worldwide, and has just been released on DVD. She has also been invited to repeat her Madama Butterfly in Sydney after her major success of last season. This time she has performed at the Handa Opera Sydney Harbour in a new production stage-directed by Àlex Ollé.
Recent notable roles include Norma (Norma) at the Opera de Lausanne and at the Toulon Opera, Leonora (Il Trovatore) and Amelia (Simon Boccanegra) both for the Opera de Montreal, and Desdemona (Otello) at the Opera de Toulon. She has performed La Contessa (Le Nozze di Figaro), Desdemona (Otello) and Silvia (Zanetto) for the Opera National de Lorraine. Most recently she performed Liu (Turandot) for the Opera de Montreal.
In her homeland of Japan she has performed as Violetta (La Traviata) at Tokyo Bunka Kaikan in a Nikikai production. Subsequently, she was invited to perform many roles as a guest artist in New National Theatre Tokyo, including Micaela (Carmen), Madama Butterfly, Nedda (I Pagliacci) and Elisabetta (Don Carlo). Last year she appeared as Sieglinde (Die Walküre) at the Biwako Theatre in Otsu.
In the concert field, Hiromi has sung Brahms"s Deutsches Requiem at the City of London Festival with the London Symphony Orchestra, Beethoven"s 9th Symphony with the Tokyo Philharmonic Orchestra and the Orchestre Symphonique de Nancy, Beethoven"s Missa Solemnis with the Tokyo City Philharmonic, Mozart"s C-minor Mass with the Tokyo Philharmonic, Handel"s Messiah with l"Orchestre de Picardie, Mendelssohn"s A Midsummer Night"s Dream and Elias, both with the Orchestre National de France.
Hiromi Omura resides in France. 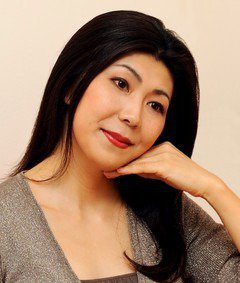