Born in Miyagi prefecture, Sachie Konno received her bachelor"s degree and completed post-graduate studies in vocal music from the Music Department of the Toho Gakuen School. While at the Toho School she performed in various vocal concerts including the Graduation Concert. As an exchange student sent from the Toho School, she studied at the National Academy of Santa Cecilia in Rome. Konno completed a training program at the 14th New National Theatre Opera Studio in 2014. While studying at the Opera Studio she performed roles including Cardillac"s daughter in "Cardillac" and Papagena in "Die Zauberflöte." She has participated in opera projects by the Tokyo Mozart Players and performed roles including Despina in "Così fan tutte" and Ännchen in "Der Freischütz." At the 25th anniversary PMF 2014, she appeared in the Stage Opera "Ariadne auf Naxos" as Echo, in the Special Concert I, and in the Link Up Concert. Starting in 2014 she studied for one year in Nürnberg, Germany on a grant from the Agency for Cultural Affairs. Her teachers include Toshimitsu Kimura and Maria de Francesca Cavazza. This is her second appearance at PMF since 2014. 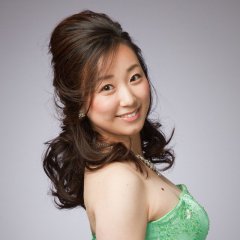