Volker Tessmann studied bassoon with Klaus Thunemann at the Hochschule für Musik, Theater und Medien Hannover, and during his time there he was selected as a finalist in a Deutscher Musikrat competition and he received a grant from the Konzerte Junger Künstler program. After serving as Principal Bassoon with the Deutsche Kammerphilharmonie Bremen and the NDR Radiophilharmonie he went on to serve as Principal Bassoon of the NDR Sinfonieorchester Hamburg from 1995 to 2007. Also active as a chamber musician, he played with the Scharoun Ensemble Berlin and has been a member of the Ma"alot Quintet since 1997 and the Linos Ensemble since 2006. Tessmann has appeared as a soloist in orchestras around the world, including the NDR Sinfonieorchester Hamburg, the Deutsche Kammerphilharmonie Bremen, the Orquesta Filarmónica de México UNAM (OFUNAM), the Ensemble Resonanz in Hamburg and has performed with the Ensemble of Tokyo at various festivals in Japan. From 2001 to 2006 he taught bassoon at the Musikhochschule Lübeck, and since 2005 he has served as Professor at the Hochschule für Musik Hanns Eisler Berlin. This is his first appearance at PMF. 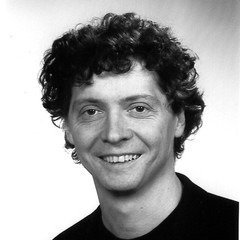