Born in Austria, Michael Bladerer studied double bass with Ludwig Streicher at the Universität für Musik und darstellende Kunst Wien and graduated with highest honors. He was a member of the Bruckner Orchestra Linz and the Wiener Symphoniker and was the Principal Bassist of the Komische Oper Berlin. Since 1999 he has been a member of the Wiener Staatsoper and the Wiener Philharmoniker, and since 2008 he is also a member of the Wiener Hofmusikkapelle. Bladerer frequently performs as a soloist and a chamber musician and has given more than 20 premiere performances of contemporary works as a soloist. This is his eighth appearance at PMF since 2002. 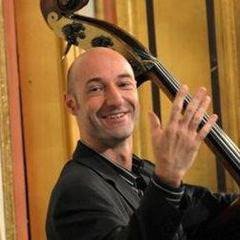