Wilhelm Pflegerl was born in Mallnitz, Carinthia. He was awarded the first prize at a state competition in Klagenfurt and performed as a solo/principal-cellist in major youth orchestras including the Vienna Youth Philharmonic, the Jeunesse Orchestra Vienna, and the International Orchestra Institute Attergau. He took on a leading position at the National Symphony Orchestra in Ireland, then worked as a permanent member of the Philharmonic Orchestra Graz, performing opera extensively. Performing chamber music with renowned musicians in Austria plays another important role in Pflegerl"s life, as does his current solo-cellist post in the Carinthian Symphony Orchestra. In summer he is an active pedagogue - he taught at orchestra seminars of the Vienna Youth Philharmonic and in master classes in Gutenstein. He was a member of the PMF Orchestra in 2004, and this is his second appearance with PMF as a faculty member. 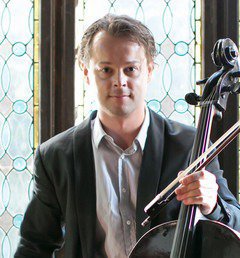