Rainer Seegers comes from a family of musicians. His grandfather, long-serving principal trumpet of the Gewandhausorchester Leipzig, gave him the necessary musical arsenal for his later career as an orchestral player. After settling with his family in Hannover, Seegers entered the city"s Musikhochschule to begin training as a percussionist and timpanist with Albert Schober, and from the age of 13 he was already active as a substitute in the orchestra of the Hannover Staatsoper. His first permanent engagement was as principal timpanist of the Braunschweig Staatstheater. In 1979 he moved to the same position with the WDR Sinfonieorchester Köln, and from 1977 to 1982 he was also a member of the Bayreuther Festspielorchester. In 1984 Seegers joined the Berliner Philharmoniker: first as a regular deputy, then from 1986 in a permanent position as successor to the orchestra"s principal timpanist Werner Thärichen. His performance activities, including orchestral and chamber music, are complemented by teaching engagements and master classes. Seegers was on the staff of the Hannover Musikhochschule until 1983, and he currently teaches in the Berliner Philharmoniker"s Orchestra Academy and as a visiting professor at the Hochschule für Musik Hanns Eisler Berlin. This is his ninth appearance at PMF since 2006. 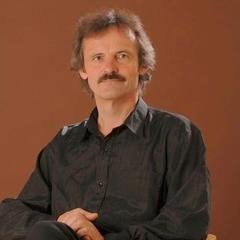