One of today's leading wind players, Eugene Izotov was appointed principal oboist of the San Francisco Symphony by Michael Tilson Thomas in 2014. He previously served as the principal oboist of the Chicago Symphony, appointed by Daniel Barenboim, principal oboist of the Metropolitan Opera, and as guest principal oboist with the New York Philharmonic, Boston Symphony and Los Angeles Philharmonic. Izotov is the first Russian-born musician in history to hold a principal wind position in any major American symphony orchestra. As a soloist, he has performed a broad spectrum of works from baroque to modern in over 50 appearances with orchestras such as the Chicago Symphony, Boston Symphony, San Francisco Symphony, MET Chamber Ensemble, and the Pacific Music Festival Orchestra, collaborating with Bernard Haitink, Nicholas McGegan, Edo De Waart, Ton Koopman, Riccardo Muti, Michael Tilson Thomas, and more. Izotov teaches at the San Francisco Conservatory and has previously served on the faculty of the Juilliard School and DePaul University. One of today’s most prolific teachers, he presents regular master classes at conservatories across the nation and abroad. Born in Moscow, Russia, Izotov studied at the Gnesin School of Music and Boston University School of Fine Arts. He has participated in PMF 14 times since 2005. This year he is scheduled to take part in the online education program and a digital concert. 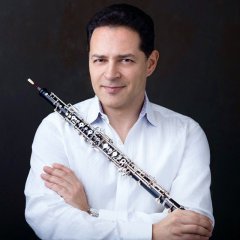