Cynthia Yeh joined the Chicago Symphony Orchestra (CSO) as principal percussionist in 2007, after previously serving as principal percussionist for the San Diego Symphony Orchestra from 2004 to 2007.
Born in Taipei, Taiwan, Yeh received a Bachelor of Music performance degree from the University of British Columbia and a Master of Music performance degree from Temple University in Philadelphia, where she studied with Alan Abel. An active soloist, she has performed with the CSO, the Philharmonia Taiwan, the National Orchestra of Mexico, the Chicago Sinfonietta, and the Illinois Philharmonic. Yeh has been featured Chicago"s WFMT program Live from Levin Studio. She performs regularly with the CSO"s MusicNOW ensemble as well as various chamber ensembles throughout Chicago. She has served on the faculty of the National Youth Orchestra of the USA, the Aspen Music Festival, the Pacific Music Festival, and the Chosen Vale Percussion Seminar. She has also given master classes and clinics all over the United States and Canada, at the Percussive Arts Society International Convention, the University of Toronto, Northwestern University, the New World Symphony, the University of Michigan, Indiana University, Peabody Conservatory, New York University, and more. This is her fourth appearance at PMF since 2009. 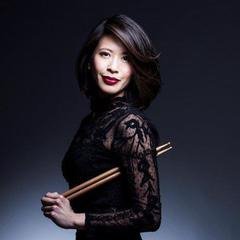