Kimberly Fisher joined the Philadelphia Orchestra in 1992 and has served as principal second violin since 2002. She has appeared as soloist with numerous orchestras including the Philadelphia Orchestra, the Vancouver Symphony, and the Victoria Symphony. As recitalist and chamber musician she has performed across the United States and Canada, and in many countries in Europe, Asia, and South America. Fisher has appeared in chamber music settings in prestigious venues such as Carnegie Hall, the Mogador Theater in Paris, the Kimmel Center, and the Great Hall of the People in Beijing, and in collaborations with internationally renowned artists such as Wolfgang Sawallisch, Christoph Eschenbach, Jean-Yves Thibaudet, and many more.
In 1997 Fisher co-founded the Philadelphia International Music Festival (PIMF), a summer music program at Bryn Mawr College currently open to symphonic instrumentalists and pianists of all ages and levels, featuring specialty programs to help students prepare for auditions and improve both practice and performance skills.
After completing her studies with Lawrence Fisher (her father), Yumi Ninomiya-Scott, Aaron Rosand, David Cerone, and Jascha Brodsky, she has become an active pedagogue herself, with an energetic, communicative teaching style that has led to invitations to present master classes, lessons, and seminars around the world.
This is her first appearance at PMF. 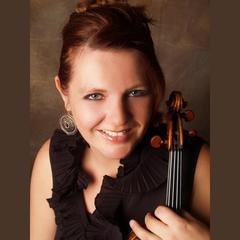