Mark J. Inouye is Principal Trumpet of the San Francisco Symphony (SFS). He attended the University of California at Davis as a civil engineering major before transferring and graduating from the Juilliard School. Equally at home playing classical and jazz music, he has held principal trumpet positions with the Houston and Charleston symphonies. He has toured the United States with the nationally acclaimed organ and trumpet duo Toccatas and Flourishes. He performed the Tartini Violin Concerto, arranged for trumpet, with the Houston Symphony. Inouye made his SFS solo debut performing Copland"s Quiet City in 2010. In recent seasons he has performed as soloist with the SFS in Shostakovich"s Piano Concerto No. 1; J.S. Bach"s Cantata No. 51; Haydn"s Trumpet Concerto; and Brandt"s Concertpiece No. 2, arranged for orchestra and cornet. He also led the SFS in a concert of jazz arrangements with a rhythm section and appeared as soloist in Wynton Marsalis"s video production Marsalis on Music. Inouye was a founding member of the Juilliard Jazz Sextet and a guest performer at the Hollywood Bowl in the Playboy Jazz Festival. He participated in PMF as a member of the Empire Brass in 1996, and this is his ninth appearance since. 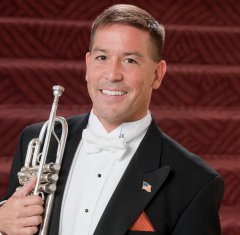