Mark J. Inouye is a trumpeter equally at home in the worlds of jazz and classical music. He graduated from the Juilliard School. He currently serves as Principal Trumpet of the San Francisco Symphony but has held principal positions with the Houston Symphony and the Charleston Symphony Orchestra. He has performed under the baton of Kurt Masur with the New York Philharmonic and Zubin Mehta with the Israel Philharmonic Orchestra. Inouye is an active composer and has premiered two of his jazz compositions in the San Francisco Symphony's Chamber Music Series. He participated in PMF as a member of the Empire Brass in 1996, and this is his eighth appearance since. 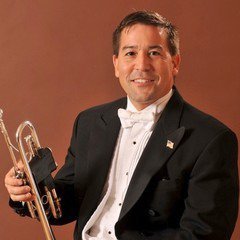