Born in Yokohama, Kanagawa, Mari Nambu graduated the Toho Gakuen School of Music and further studied at the Toho Gakuen Graduate School. In 1994, she was awarded Third Prize and the Yokohama Mayor's Prize at the 10th Kanagawa Music Competition, and performed with the Kanagawa Philharmonic Orchestra in the same year. In 1997, she won First Prize in the 2nd Japan International League of Artists (JILA) Music Competition. She played solo recitals in Tokyo in 1998. Her teachers have included Kimihiko Kitajima, Nobuyoshi Kato, Minoru Nojima and Katsurako Mikami. Nambu studied at the Franz Liszt Academy of Music where she performed numerous recitals in solo and chamber music, and studied under Balázs Szokolay and Kornél Zempléni. In 2003 and 2004 she participated in the Internationale Sommer-Akademie Collegium Musicum Pommersfelden and performed with the orchestra as a soloist in 2004. She appeared in the Karuizawa International Music Festival between 2005 and 2007. In addition to her performance activities, she is an accompanist assigned to the Strings Course of the Toho Gakuen School of Music and is a lecturer at the Showa University of Music. This is her second appearance at PMF since 2013. 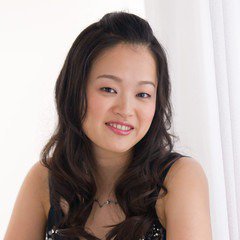