After graduating from the Toho Gakuen University of Music (Tokyo), Akiko Sakuma continued her musical studies in Paris and graduated from the Conservatoire à Rayonnement Régional de Paris. She has garnered numerous prizes such as 1st Prize in the 55th Student Music Concours of Japan, 1st Prize in the Clé d"Or Competition (France), and 1st Prize in the Valberg International Competition for Piano for Four Hands. She has appeared in international music festivals and in 2013 was invited to play at the Festival de la Haute-Tinée in France. She has performed as an accompanist on radio programs for Radio France and NHK Radio, among others. Her musical activities are currently based in Tokyo, but she regularly gives both solo and chamber music performances in Japan and Europe. Sakuma performed on the "Argerich"s Young Pianists" concert at PMF 2002 on the recommendation of Martha Argerich. This is her first appearance at PMF as a PMF Pianist. 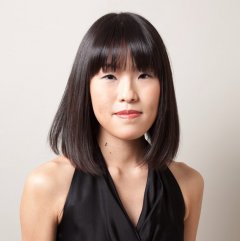