Born in Kitami, Hokkaido in 1987, Ryo Onoki studied cello at the Tokyo University of the Arts where he completed his master"s degree. He was selected to perform at the university"s subscription series for two consecutive years, in 2010 and 2011. He was awarded the Special Inoue Prize at the 10th Viva Hall Cello Competition and won 2nd prize at the Melbourne International Asia-Pacific Chamber Music Competition. He was a member of the Suntory Hall Chamber Music Academy in the program"s first two years, performing chamber music with distinguished artists such as violinists Kyoko Takezawa and Reiko Watanabe, cellist Mario Brunello, and hornist Radek Baborák. In 2016, Onoki was designated as the top performer at the Franz Liszt Academy of Music Seminar, and in 2017 he was invited to perform a recital during the Budapest Spring Festival. In 2015 he joined the Sapporo Symphony Orchestra, with whom he has also performed as soloist. His cello teachers include Shigeki Sakuraba, Nobuko Yamazaki, and Fumiaki Kono, and he studied chamber music with Tsuyoshi Tsutsumi, Ken Wakabayashi, and the Quartet Excelsior. He is also active performing chamber music as a member of Cello Ensemble XTC. 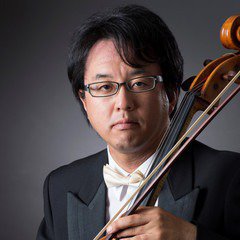