Sergei Skorokhodov was born in St. Petersburg. From 1980 to 1990, he studied at the St. Petersburg Glinka Choral School. In 1998 he was admitted to the St. Petersburg State Rimsky-Korsakov Conservatoire.
He has been a soloist with the Mariinsky Academy of Young Singers since 1999. In the same year, he made his Mariinsky Theatre debut as Guido Bardi (Zemlinsky's Una tragedia fiorentina).
In 2004 and 2005, he attended masterclasses conducted by Renata Scotto at the Accademia Santa Cecilia in Rome. He has been a soloist with the Mariinsky Theatre since 2007.
Together with the Mariinsky Opera Company, Skorokhodov has toured to the Netherlands (Concertgebouw), France (Opéra National), the UK (Barbican Hall and Coliseum), Sweden (Royal Opera), Finland (Mikkeli Music Festival), and Israel (Red Sea Festival).
In the 2009-2010 season he made his debut at the Metropolitan Opera as Ivan (The Nose).
This is his first appearance at PMF. 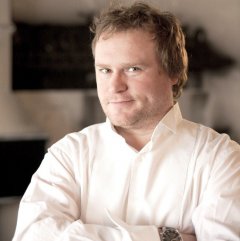