Yuri Vorobiev was born in Leningrad. He graduated from the Choral School of the Glinka Academic Cappella in St Petersburg in 1998 and subsequently studied at the St Petersburg State Rimsky-Korsakov Conservatoire. Since 2002 he has been a soloist with the Mariinsky Academy of Young Singers, and since 2009 he has been a soloist with the Mariinsky Opera Company. He was a prize-winner at the 6th International Rimsky-Korsakov Young Opera Singers’ Competition (St Petersburg, 2004).
Vorobiev frequently tours with the Mariinsky Opera; under the baton of Valery Gergiev he has performed the bass role in Shostakovich’s Symphony No. 14 at the Konzerthaus (Vienna) and the Concertgebouw (Amsterdam), as Timur (Turandot) at NHK Hall (Tokyo), Narbal (Les Troyens) at Suntory Hall (Tokyo) and Carnegie Hall (New York), and Gurnemanz (Parsifal) at the Millennium Centre (Cardiff), the Barbican Hall (London), and Symphony Hall (Birmingham).
Vorobiev has received invitations from prestigious international opera houses and festivals, among them the Aix-en-Provence Festival (France), the Salzburg Festival (Austria), the Opéra de Lyon (France), and the Canadian Opera Company (Toronto).
In the spring of 2012 the Royal Opera House, Covent Garden (London) invited Yuri Vorobiev to appear as Colline in a production of Puccini’s La bohème.
This is his first appearance at PMF. 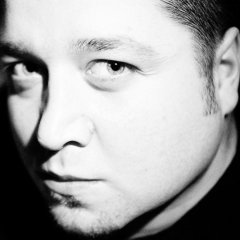